Granderson to be "face" of Northwoods League Philanthropic Efforts

"The Northwoods League helped develop me into an All-Star at the highest level of professional baseball. I am honored that they would ask me to assist with promoting the Northwoods League Foundation, but also promote my Grand Kids Foundation, which works to improve inner city education. I look forward to a strong relationship that grows all of these entities," said Granderson.

"We could not have a better representative in the baseball world than Curtis and the fact that he is one of our former players only makes this union more beneficial," said Northwoods League President Dick Radatz, Jr.

Granderson, who in 2001 graced Northwoods League ballparks as a member of the Mankato Mashers, was recently traded to the New York Yankees from the Detroit Tigers where he was a member of the American League All-Star team in 2009. In October, the Major League Baseball players bestowed Granderson with their highest honor by voting him as the 2009 Marvin Miller Man of the Year. 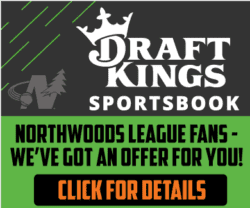