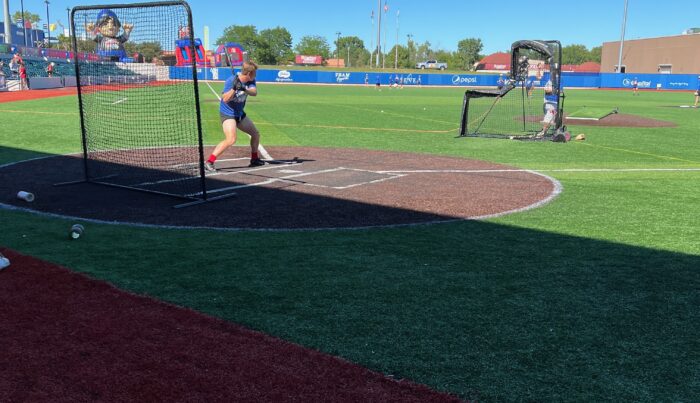 Ashwaubenon, Wis.- The Green Bay Rockers conclude their five-game home stand Friday with a matchup against the Lakeshore Chinooks as first pitch is set for 6:35 p.m. from Capital Credit Union Park.

The pregame concert performed by Conscious Pilot will start at 5:35 p.m. with it being Fan Appreciation Night at the ballpark. Fans will be able to play catch on the field postgame as well with this being the last home game of the season.

Green Bay enters this final series with Lakeshore, coming off a series split against the Wausau Woodchucks with the Rockers dropping their most recent game 3-1 Thursday night at home.

Despite the loss, Mat Scannell went 2-3 and reached base four times in all while Griffin Stevens knocked in the only RBI for the Rockers on an RBI sacrifice fly.

For the home finale, Green Bay will send Eli Frank out on the mound who comes in with a 1-0 record and a 1.80 ERA after he last pitched on August 6 against Wisconsin Rapids.

In total, he has pitched five innings in 2022, giving up one run on four hits with two walks and four strikeouts in two games pitched this summer.

The Chinooks will start Colin Dailey who enters this Friday night matchup with an 0-1 record and a 6.00 ERA.

The Rockers will close out their 2022 regular season with a trip to Kapco Park to take on the Chinooks in a doubleheader, with the first of two games starting at 3 p.m. The second game will start at 6:35 p.m.

The Green Bay Rockers are a member of the finest developmental league for elite college baseball players, the Northwoods League. The Northwoods League is the proven leader in the development of elite college baseball players. Now in its’ 29th season, the Northwoods League is the largest organized baseball league in the world with 22 teams, drawing significantly more fans, in a friendly ballpark experience, than any league of its kind. A valuable training ground for coaches, umpires, and front office staff, 300 Northwoods League players have advanced to Major League Baseball, including three-time All-Star and 2016 Roberto Clemente Award winner Curtis Granderson, three-time Cy Young Award winner and World Series Champion Max Scherzer (NYM), two-time World Series Champions Ben Zobrist and Brandon Crawford (SFG) and World Series Champion Chris Sale (BOS). As well as 2019 Rookie of the Year and 2019/2021 Home Run Derby Champion Pete Alonso (NYM) and 2021 All-Star, MLB Gold Glove winner and 2019 Second Team All-MLB shortstop Marcus Semien (TEX). All league games are viewable live via the Northwoods League website. League games are viewable live at watchnwl.com and on ESPN+. For more information, visit www.greenbayrockers.com or download the new Northwoods League Mobile App on the Apple App Store or on Google Play and set the Rockers as your favorite team.