Mark Skogen is a third generation grocer and current President and CEO of Skogen’s Festival Foods. He joined the family business full-time in 1992 and worked in a variety of positions across the company, including department manager and store director, before transitioning to the President and CEO role in 2006. He assumed ownership of Capital Credit Union Park and the Green Bay Rockers franchise in December 2020.

Mark graduated from Viterbo University in La Crosse, Wisconsin, and played professional basketball in Australia for a period of time after college before returning to Wisconsin to begin his career in the family business. Building off the foundation of servant leadership on which the company was founded, Mark’s dedication to operational excellence and passion for creating opportunities for others has allowed the company to experience incredible growth since he became CEO. Under Mark’s leadership, the company operates 39 retail grocery stores across the state.

The company has been recognized—both locally in the communities it services and on a national level in the industry—as a leader in innovation, culture, growth and ethics. Mark has been honored with numerous awards over the years, including the Wisconsin Grocers Association 2014 Grocer of the Year, the 2020 Robert B. Wegman Award for Entrepreneurial Excellence and the Shelby Report’s 2020 Mover and Shaker of the Year.

In addition to leading Festival Foods and Boomerang Management properties—including Capital Credit Union Park, the Green Bay Rockers and EPIC Event Center—Mark serves on several boards of directors, including the Green Bay Packers and the Food Marketing Institute. Mark strives to give back and enrich the lives of those in the communities served by his companies. Brian Stenzel does double duty as he is the Vice President of Boomerang Management and Senior Director of Community Involvement for Festival Foods.  Giving back to the community is a core value of Festival Foods and when the opportunity arose to oversee the Rockers and provide family entertainment for the Northeast Wisconsin community, he jumped at it.

Brian’s career has spanned many angles of the entertainment and event industries including talent agent, concert promoter, radio promotions, running race management and event management.  He took his expertise to Festival Foods in 2015 and helped to develop a Community Involvement Department where he leads a team that is engaged in over 800 events and sponsorships annually.

As Vice President of Boomerang Management, Brian helped to bring Epic Event Center from idea to reality as Green Bay’s premier concert venue.  Brian was a driving force in developing the new energy you will see at the ballpark with the Green Bay Rockers.

Brian grew up in Northeast Wisconsin and attended UW – Green Bay.  He is active in the community serving on the Board of Directors for the United Way and My Brother’s Keeper along with being on the operations team for the Bellin Run. 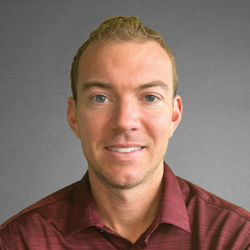 Fanta, the 2016 Northwoods League Executive of the Year, is entering his 16th season in the Northwoods League. Following the 2018 season he was named Vice President & General Manager of the team and helped launch the opening of Capital Credit Union Park in 2019.

With the franchise known as the Bullfrogs since its inception in 2007, Fanta oversaw a rebrand to the Green Bay Booyah in the fall of 2018 before the move to newly minted Capital Credit Union Park on June 1, 2019. Following the new ownership change to Boomerang Management in January 2021, he again oversaw the rebrand to what is now the Green Bay Rockers, with a vision of bringing a new energy to the game day atmosphere through live music along with high level concerts being a major focus of the future at the stadium.

Before moving to Green Bay Fanta spent nine seasons with the Wisconsin Rapids Rafters, the final five as General Manager. While with the Rafters, he oversaw the first team in the Northwoods League’s 24 year history to win 52 games in a season in 2017. In 2016, his team tied or broke 21 franchise records on the field, culminating in the team’s only Northwoods League Summer Collegiate World Series Championship. During his time in Wisconsin Rapids, Fanta oversaw numerous facility upgrades and additions that contributed to the experience at Witter Field today, the largest crowd in team history, and two Northwoods League All-Star Games. He was also recognized as the 2014 Big Top Baseball Executive of the Year by the team’s ownership group at the time. Fanta joined the Rafters as Assistant GM prior to the team’s inaugural season in 2010, after spending two summers as the ticket sales intern for the La Crosse Loggers.

He is a 2009 graduate of the University of Wisconsin-La Crosse where he earned his bachelor’s degree in Sport Management and Business Administration. Fanta is a native of Viroqua, WI and currently resides in Ashwaubenon. His hobbies include running, fishing, enjoying live music with family and friends, and following the Brewers, Packers, Bucks and Badgers. 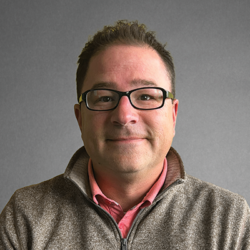 Brian enters his fifth season with the Rockers after serving the prior five seasons before that as the public address announcer for the team. As Director of Partnerships, Kuklinski works with businesses to plan and implement marketing strategies that create lasting memories for the community at Capital Credit Union Park.

Prior to joining the team on a full-time basis, Kuklinski spent the previous 20 years in the radio industry, with his last eight specializing in advertising sales. Kuklinski came from Woodward Radio Group where his focus was developing strategic integrated marketing campaigns to help the business growth of clients. In addition to his position with the Rockers, Kuklinski also serves as the radio play-by-play voice of the Green Bay Phoenix Men’s Basketball team.

Kuklinski is orignally from Oshkosh and also attended UW-Oshkosh. He currently resides in Green Bay with his wife Jamie and their twin sons Trevor and Jonah. 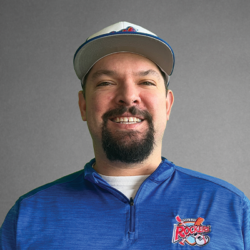 Johnson is entering his sixth season in the Northwoods League, fifth as a member of the Rockers full-time staff. As Director of Ticket Sales, Johnson works with companies to plan corporate events to entertain prospective clients, thank customers, and reward employees. He also oversees the Fleet Farm Flex Pack base and enjoys helping families create fun memories at the ballpark.

He joined the Green Bay front office in December 2018 as the Corporate Accounts Manager and Director of Fan Experience. Prior to joining the Booyah, Johnson spent seven years with Veolia Environmental Services with his most recent role being Regional Account Manager for the Midwest. His first taste of the Northwoods League came as an intern for the La Crosse Loggers in 2009.

Away from the ballpark, Andrew spends the majority of his time enjoying sporting events. He has been a season ticket holder with the Milwaukee Brewers since 2007 and has attended Wisconsin Badgers football games with family and friends since he has been five years old. Johnson is a native of Kaukauna and is happy to be home in Northeast Wisconsin working in an industry he is passionate about. 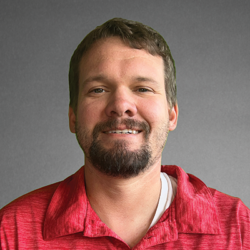 Leisgang enters his fifth season with the Rockers and second as Facility Director of Capital Credit Union Park, after serving as Director of Food & Beverage and Special Events during the inaugural season. As facility director, Kevin is responsible for coordinating stadium rentals and overseeing food and beverage operations for over 130 events year-round including baseball, softball, soccer, rugby, youth and high school sports, company parties, concerts, and special events in the indoor Club space. He played an integral role in helping piece together a comprehensive Covid-19 Readiness Plan that allowed for the re-opening of Capital Credit Union Park with fans in attendance for events in 2020.

Kevin returned home to Northeast Wisconsin prior to the 2019 season after spending the previous 11 seasons in Odessa, Texas with the Odessa Jackalopes hockey team. During his time in West Texas, Kevin won Best Food & Beverage in the Central Hockey League three years in a row. Before moving to Texas, Kevin spent the 2007 summer as an intern for the Green Bay Bullfrogs during their inaugural season.

Leisgang is a 2008 graduate of UW-Parkside where he earned his degree in Sports Management. Kevin and his wife Alissa live in the Green Bay area with their three children Hunter, Hadley, and Hayden. He is a native of Seymour, Wisconsin. 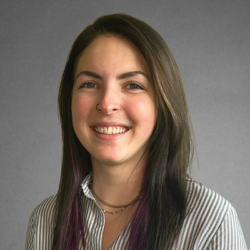 Kelly is starting her first season with the Green Bay Rockers as their new Event Manager. Although new to the Green Bay area she is no stranger to the Northwoods League. Spending her previous two summers as a Wausau Woodchuck, she has held the role of Ballpark Operations Intern in 2021 and Sports Nutrition Intern in 2022. Kelly is a recent graduate from the University of Wisconsin-Platteville where she earned her Bachelor of Science in Health and Human Performance with an emphasis in Health Promotion. Originally from the northeast Iowa region she enjoys spending her time outside, hiking, running, and boating, as well as spending time with friends, family, and her cat, Pepsi. 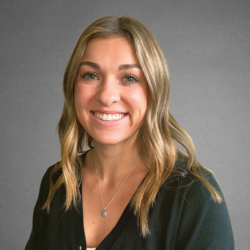 Alex is entering her first season with the Green Bay Rockers as the Graphic Design and Corporate Service Manager. Alex recently graduated from Western Michigan University with a Bachelor of Fine Arts, specializing in graphic design. She is new to the Green Bay Area and is originally from Saint Clair Shores, Michigan. Her hobbies include spending time outside, rollerblading, jet skiing, nail art, and attending concerts, as well as spending time with family and friends. 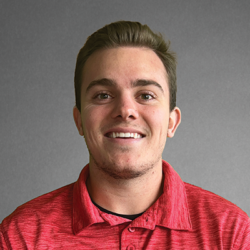 Trevor is starting his second season with the Green Bay Rockers, first as Inside Sales Coordinator. He spent last summer as a Ticket Sales Intern with the team and is thrilled to be back for another season. He is finishing his bachelor’s degree at Minnesota State University, Mankato in the Fall, majoring in Sports Management and minoring in Marketing. Away for the ballpark he enjoys spending time outside, working out, playing sports, and spending time with his family and friends. Trevor is a native of Kaukauna, Wisconsin.