Growlers and Bombers will be joined by a new Mac & Cheese themed team.

The two teams will be joined this season by a 2nd Kalamazoo-based team, The Kalamazoo Mac Daddies who will use Homer Stryker Field as their home field.

The Mac Daddies, originally planned to be a Growlers’ promotional re-brand, are the first and only sports team to be named after America’s favorite side dish, macaroni and cheese.

The first game of the season is scheduled for Wednesday, July 1st at 6:35pm at Homer Stryker Field.

The three teams will play in the “Michigan Pod of the Northwoods League” for 2020, which will consist of the South Division (Kalamazoo Growlers, Kalamazoo Mac Daddies, Battle Creek Bombers) and the North Division (Pit Spitters, Resorters, Dune Bears) based in Traverse City.  The season concludes with a three-day playoff schedule on September 3rd , 4th and 5th to crown the champions of the Michigan pod of the Northwoods League.

There will be a 60 game schedule (40 home games in Kalamazoo, 20 in Battle Creek) with the same rules and regulations as normal NWL play.  Players and coaches will have increased safety measures in and out of the stadium including the elimination of travel outside of the state and area.

“We’re excited to get the baseball season started in a safe and fun environment” Brian Colopy, Managing Member for the Growlers and Bombers said. “All three teams will be loaded with incredibly talented local college players who are eager to play ball and our front office is prepared to put on a fantastic experience for everyone that comes through our gates”

Homer Stryker Field and C.O. Brown Stadium will open with reduced capacities and new policies to maintain a safe environment for fans, players and staff. These policies can be found, in detail, on the Kalamazoo Growlers’ and Battle Creek Bombers’ websites.

With limited ticket inventory, fans can sign up for the free Priority List for the first chance to reserve tickets.  Tickets will be open to Priority List members only on June 22nd and the general public on June 27th. Fans can join the Priority List by CLICKING HERE. 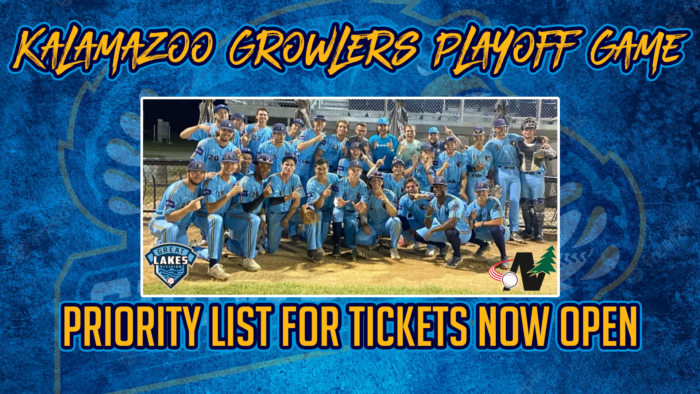