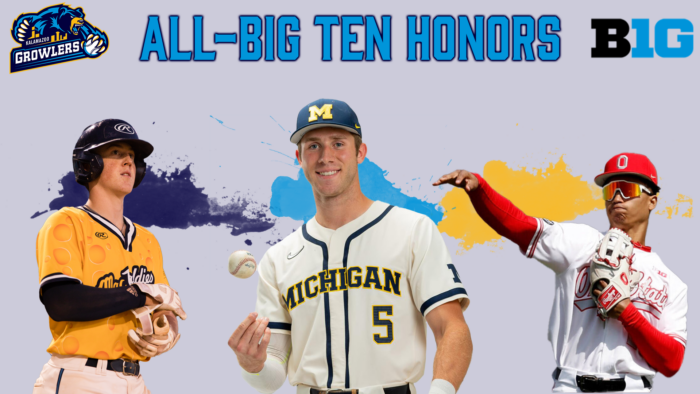 Michigan Wolverine outfielder Joe Stewart earned third-team honors after posting a .343/.405/.552 slash line while also tacking on 11 home runs, 11 doubles and 51 RBI. Ethan O’Donnell. Who featured for the MacDaddies in 2020 was named to the All-Big Ten 2nd team. The Northwestern outfielder slashed .316/.406/.662 in addition to 28 extra-base hits.

Trey Lipsey of Ohio State, who will join the Growlers for the 2022 season, was named to the Big Ten All-Freshman team after an impressive rookie campaign in Columbus. The Detroit area native appeared in 50 games in the Buckeyes’ outfield and posted a 1.000 fielding percentage. At the plate, Lipsey slashed .296/.461/.482 and logged 7 home runs, 26 RBI and 14 stolen bases. Trey will appear in a Growlers uniform after Ohio State’s postseason campaign concludes.

Congratulations to all former and future Kalamazoo baseball standouts on this achievement and we wish them all the best of luck going forward!