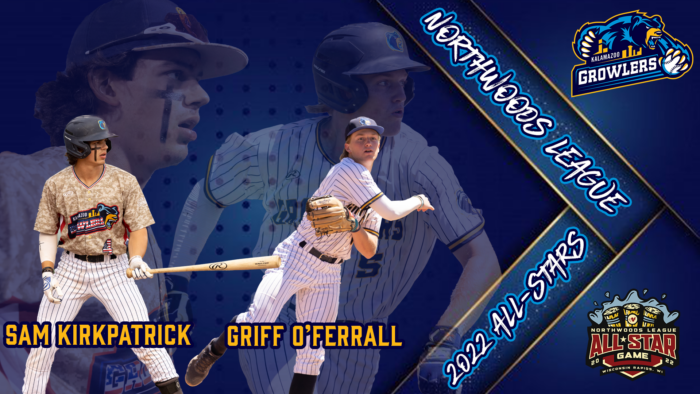 Kalamazoo, MI – The 2022 Northwoods League All-Star roster has been announced. Two Growlers have been named to the 2022 All-Star team. Representing the Kalamazoo Growlers and Great Lakes Division will be infielders Griff O’Ferrall and Sam Kirkpatrick. Both will travel to Wisconsin Rapids, WI where the All-Star game is being held.

Sam Kirkpatrick, a recent transfer to Belmont University, has been with the Growlers since day one of the 2022 campaign. Kirkpatrick has moved around the infield playing second base,  shortstop and third base this season defensively. In his 27 games played, Kirkpatrick has hit .330 with one home run, 21 RBI, 23 runs scored and five stolen bases.

Griff O’Ferrall joined the Growlers a few weeks into the season after completing his freshman season at the University of Virginia. O’Ferrall was named to the ACC All-Freshman team before joining the Growlers. Griff has been the primary shortstop since joining the team. At the plate, O’Ferrall has hit .363 with one home run, 19 RBI, 27 runs scored and 14 stolen bases.

The 2022 All-Star Game will be played at Witter Field, home of the Wisconsin Rapids Rafters on July 19th. First pitch is scheduled for 7:00pm CT. 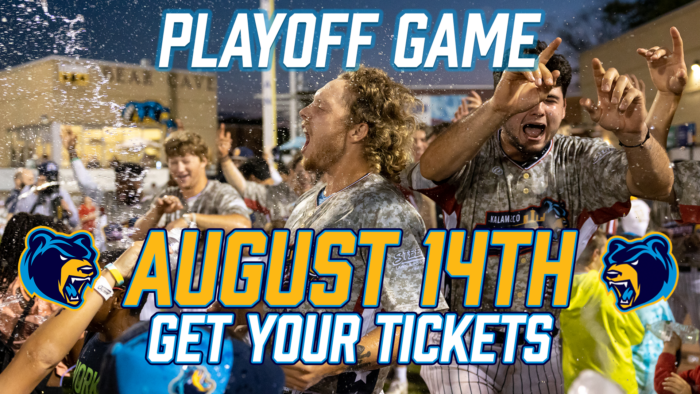