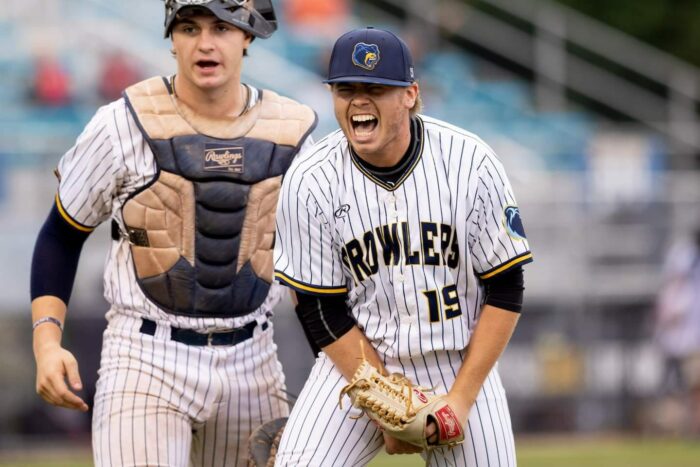 Kalamazoo, MI – The Growlers are moving on! Monday night in Traverse City, the Growlers completed the two game sweep of the defending Northwoods League champs. Kalamazoo took down the Pit Spitters by a final score of 9 to 5.  The offense came alive last night. Two out rallies propelled the Growlers past Traverse City. The Growlers top five hitters in the lineup delivered. Both Ryan Dykstra and Alex Calarco drove in two runs last night. Antony Stephan continued to swing  a hot bat where he collected two more hits and an RBI. But it was Banks Tolley who who drove in four runs with both a double and a triple in the game. On the mound, Tanner Knapp went five innings giving up four runs. The Growlers bullpen shut the door from there. Tyler Johnson got the team out of a bases loaded jam in the 7th by surrendering only one run. Johnson pitched the final three innings where he secured the sweep on the Pit Spitters. Now the Growlers wait to see if they will travel to Wausau or Wisconsin Rapids for a winner-take-all Great Lakes East Championship game Wednesday night.