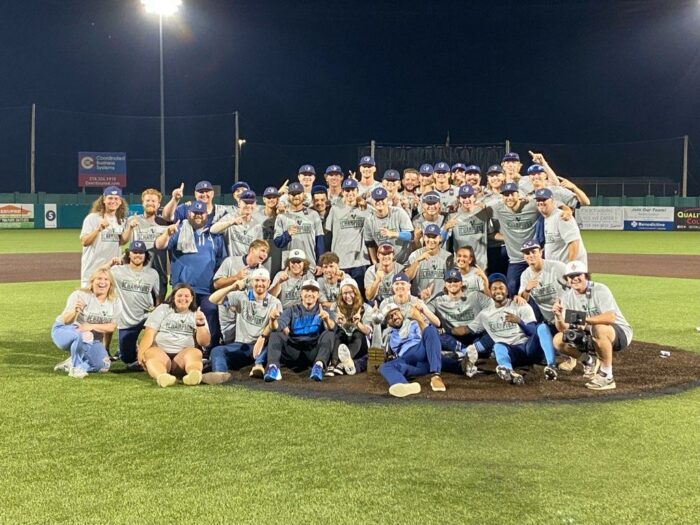 Kalamazoo, MI – The Kalamazoo Growlers have won the 2022 Northwoods League championship! For the first time in franchise history the Growlers are World Series champs. In a winner-take-all game against the Huskies in Duluth, Minnesota, the Growlers completed their historical season with a decisive 8-2 win.

It was a year of firsts throughout the duration of the season. The Growlers captured their first Great Lakes East Division first-half win which clinched them the spot in the playoffs. The team also won their first home playoff game in team history. Capping it all off with the World Series win. Manager Cody Piechocki delivers a championship back to his home community of Kalamazoo.

This past off-season the Growlers also saw an ownership change. Managing partner Brian Colopy took outright ownership of the team this past fall. In his first year of ownership, Colopy delivered the second highest total attendance in the Northwoods League this season as well as a World Series trophy.

Wearing their navy blue uniforms with “THE ZOO” across the front, the Growlers deliver a championship to the city they proudly represent; Kalamazoo.