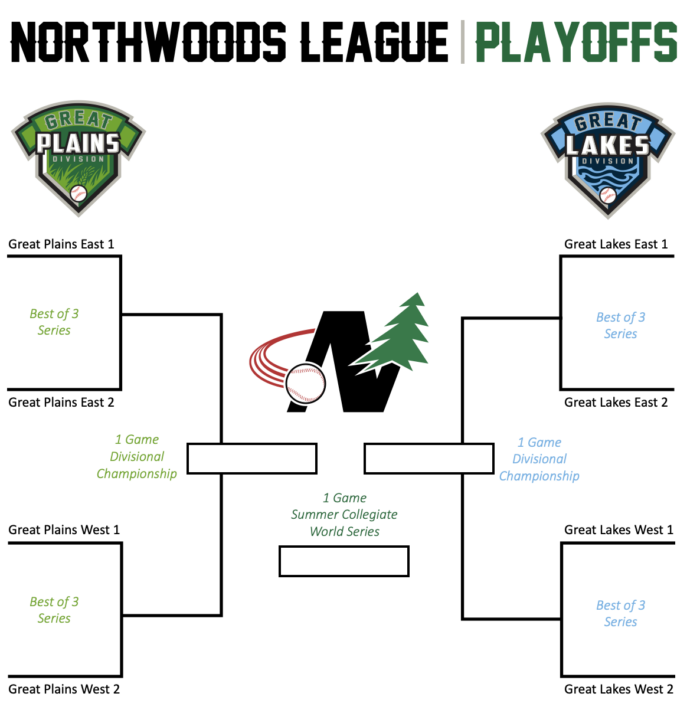 KALAMAZOO, MI –  With the Growlers less than two weeks away from playoff baseball for the first time since 2019, we have your complete guide to every playoff scenario and an inside look at the Growlers roster that will chase our first Northwoods League championship.

The Growlers claimed the franchise’s first-ever division title when they clinched the first half title with a 22-14 record. The Growlers stare down two possible playoff opponents come the third week of August.

The Pit Spitters and Kalamazoo have met nine times this season with the Growlers holding a 3-6 record against Trav City so far this season with three games left between the two foes in the mitten. The Pit Spitters finished in 2nd place in the first half standing and are currently leading the second half race by 3.5 games with a 19-6 record since July 6th. The Pit Spitters have won the Northwoods League title in every season they’ve participated in since 2019 and are the most likely playoff foe for the Growlers to face.

The Rivets have been a surprise contender in the second half of the season after finishing 17-19 in the first half of the season and second from the bottom of the division. Rockford an 8-2 in their last 10 games and are on a seven-game winning streak at the time of writing. The Rivets won the season series against the Growlers, with KZoo going 4-8 against the Northern Illinois ball club this season.

The Growlers have ground to make up in the overall standings if they want a chance at home-field advantage during the opening round of the postseason.

The Growlers have 10 games left in the regular season and hope to ramp things up heading into our first playoff appearance since 2019. You can join the priority list for playoff tickets at the link below and join us for what is sure to be a magical postseason!