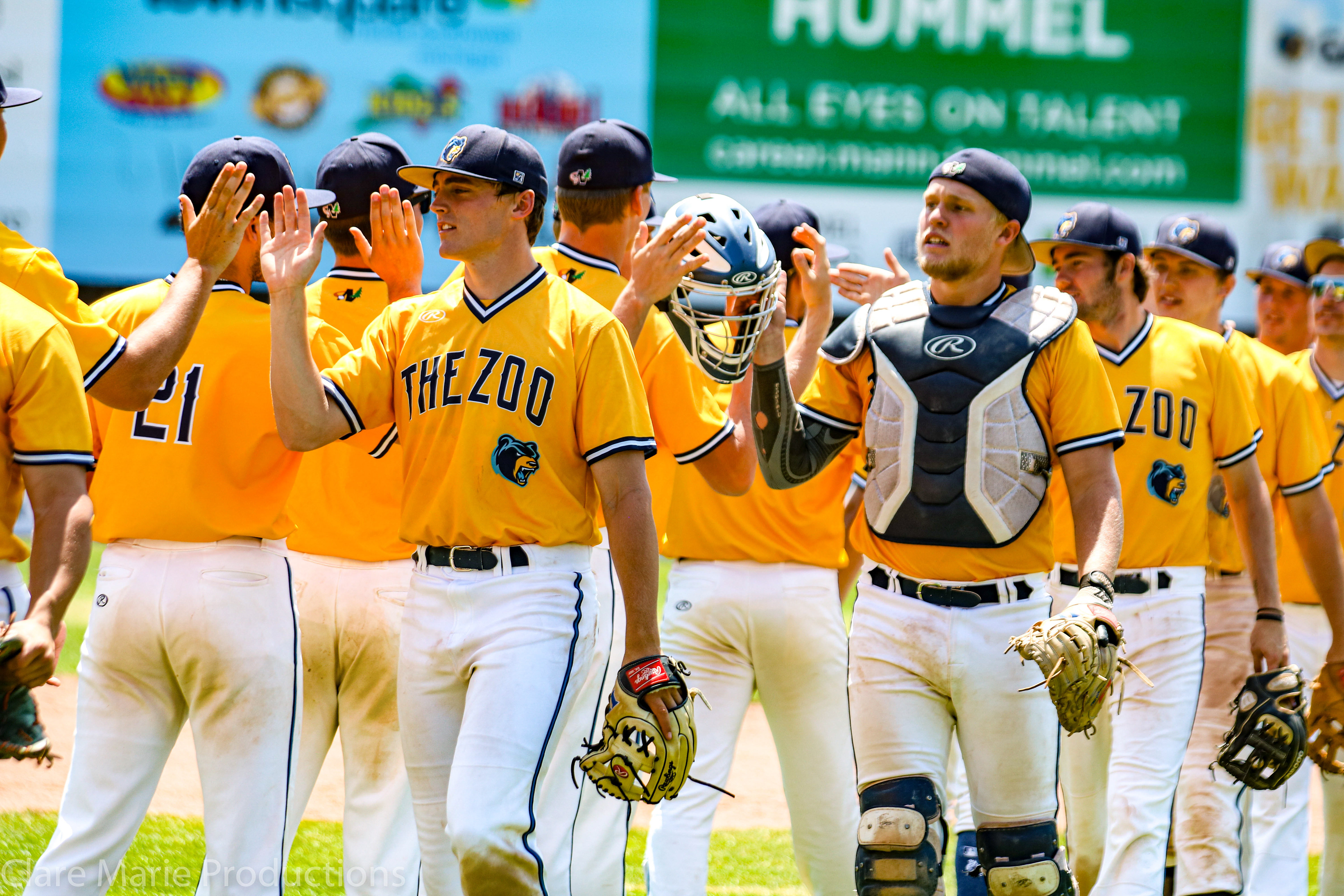 Kalamazoo, Mich., — The Kalamazoo Growlers swept the Battle Creek Bombers by a final score of 8-3, in the Sunday matinee.

The Bombers struck first in the third inning on an RBI double by Caleb Balgaard (Iowa Western) to score Seth Tucker (Hendrix).

Kalamazoo took the lead in the bottom half, as Brooks Coetzee (Notre Dame) walked and scored on a wild pitch. Jake Topolski (Duke) scored on the same play as even losing pitcher, Blaine Parker (0-2, Panola) committed an error.

BC put up one more in the fourth on a solo home run by Cooper Trinkle (John A. Logan), but it was spoiled in the home half due to another three-run inning by Kalamazoo.

The Growlers added one more in the fifth and sixth on a solo home run by Miko Rodriguez (Texas A&M) and an RBI single by Kramer, respectively.

Battle Creek scratched across one in the ninth on an RBI single by Kolby Johnson (Central Arkansas) to score Trinkle.

The Kalamazoo Growlers take the field again on Tuesday, July 30 at 7:05 p.m. at Traverse City.