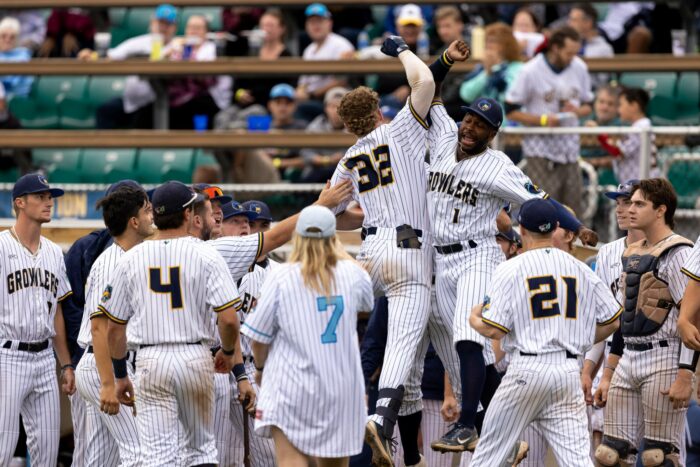 Kalamazoo, MI – The Northwoods League playoffs are under way. In the first game in the Great Lakes East Divisional Round, the Growlers defeated the Traverse City Pit Spitters 5-4. The Growlers took care of business in front of their home crowd. Anthony Stephan had a huge night at the plate. Stephan drove in three runs including a go-ahead 2-run home run in the bottom of the seventh inning. Myles Beeale also hit a home run in the game to keep the Growlers in ii early. Dylan Freeman got the start for the Growlers. Freeman has been with the team since day one of the 2022 season. Freeman battled on the mound giving up four runs in his 5 innings of work. Brody Ware relieved Freeman and he tossed three shut-out innings in emphatic fashion. Logan Bursick-Harrington closed the door in the ninth to seal the game one win for Kalamazoo. The Growlers now head to Traverse City tomorrow night looking to advance to the Great Lakes Championship Series.