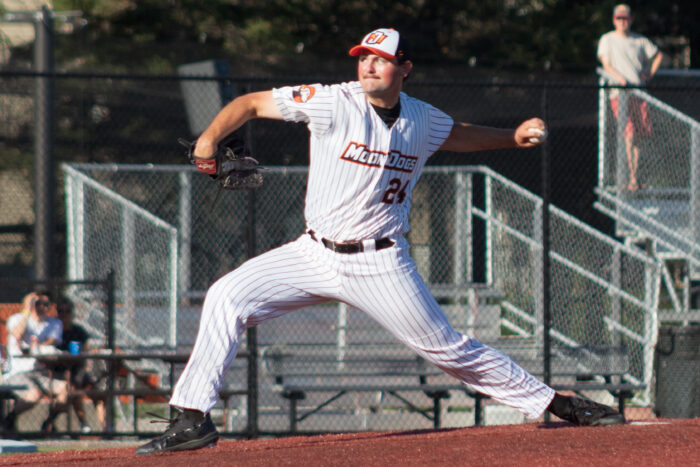 MANKATO, Minn. – The Mankato MoonDogs were shutout by the St. Cloud Rox, 11-0, in a game of Northwoods League baseball at ISG Field, Friday night.

With the loss, the MoonDogs fell to 10-9 on the season while the Great Plains West-leading Rox improved to 13-3 on the summer.

The Rox struck first on Friday when Charlie Condon (Georgia) singled to score Brice Matthews (Nebraska). Early in Mankato, the Rox led the MoonDogs 1-0 after one inning of play and never looked back en route to picking up the win.

It took until the sixth inning for another run to cross the plate. Again, it was the Rox touching the plate in the form of three runs to take a 4-0 lead in the sixth. The Rox piled it on after that by scoring three more runs in the seventh, one in the eighth and another three in the ninth to claim an 11-0 victory in enemy territory.

Starting on the mound and coming down with the loss after pitching five and a third innings on the hill was Donovan Schultz (Evansville). Schultz fell to 2-1 on the season in the loss. He surrendered four hits and three runs while walking five and striking out four in his third outing of the summer.

The MoonDogs and Rox rematch for the finale of the home-and-home series at Joe Faber Field in St. Cloud at 6:05 p.m. Saturday.