MoonDogs Late Rally Not Enough as They Fall to La Crosse 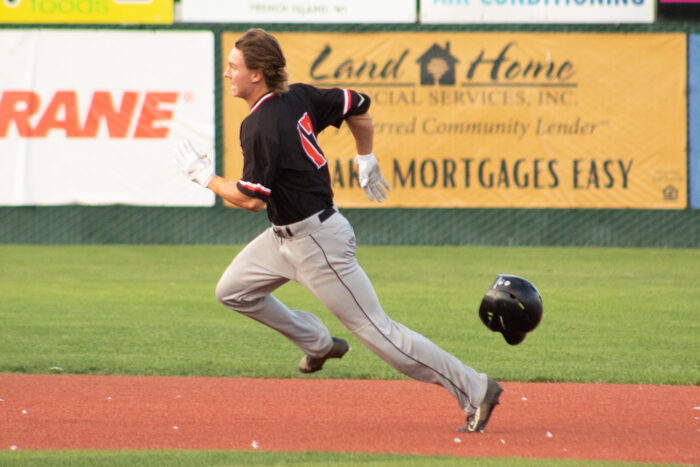 La Crosse, WI- The Mankato MoonDogs lost game one of their final series of the season to the La Crosse Loggers. The final score of the Northwoods league baseball was five to one, in a game that was played in just under three hours.

Dustin Crenshaw (Grand Canyon) had another fantastic day at the plate, being only a double shy of the cycle, going three for five in the game. Easton Fritcher (Minnesota) was the only other MoonDog with a hit, going two for five at the plate.

The MoonDogs broke out to a one to nothing lead in the top of the first. Fritcher singled and Crenshaw tripled him home later in the inning. It took until the top of the ninth till Mankato could muster up another run.

After that leadoff run in the first for Mankato it was all La Crosse until the ninth. They responded right away with one of their own in the first. Then proceeded to score two more in the third and one in the sixth. They also added what turned out to be a deciding run in the eighth off a solo home run.

Mikey Gottschalk (Minnesota State) got on in the ninth via a leadoff error. He later scored on another miscue from the Loggers. That blunder gave Crenshaw another at bat and he took full advantage. Hitting his second home run in the last three days. The MoonDogs couldn’t capitalize on the momentum as the next batter flied out to end the game.

Noah Meffert (Gustavos) made the start for Mankato having a solid outing going five innings, striking out three and giving up four earned runs. Owen Little (Southwest Tennessee) and Nate Schubert (Bethany Lutheran) relieved him going a combined three innings striking out five and giving up on earned run.

The final game of the season for Mankato will be Saturday night in La Crosse. First pitch will be at 6:35 as the MoonDogs look to get win number 40.