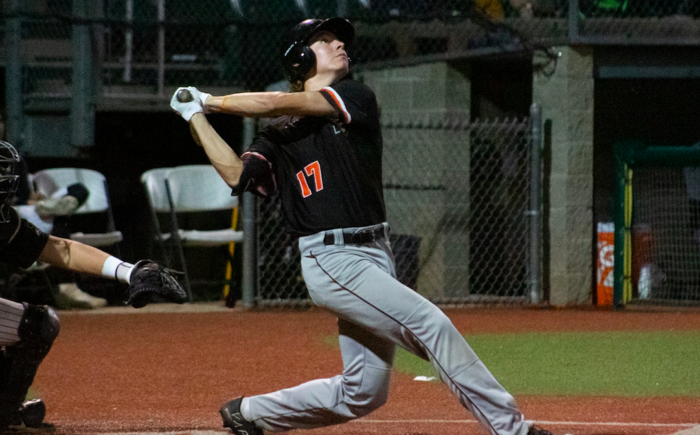 LA CROSSE, Wis. — After the MoonDogs’ rally came up short Friday night, Dustin Crenshaw (Grand Canyon) refused to let that happen for the second night in a row. Crenshaw’s bases-loaded double in the ninth and cleared the bases to lead the Mankato to an eventual 9-7 victory over the La Crosse Loggers, Saturday night in the season finale at Copeland Park.

Crenshaw was the only MoonDog with multiple hits and RBI, batting three-for-five with three runs batted in on the night. Six other MoonDogs batted in runs throughout the ballgame.

Mankato picked up its 40th win to conclude the year with a 40-28 overall mark. It marks the ninth time in their 21-season history the MoonDogs have reached the 40-win plateau. Under the tutelage of Danny Kneeland and Tanner Cunha,  MoonDogs finished with a second-half record of 21-13.

Things were rolling early in La Crosse as the Loggers struck first with one run in the bottom of the first. For quite some time, it was a pitcher’s duel up until the top of the fifth.

The MoonDogs got into the run column with a single from Nathan Ebersole (UW – Milwaukee) to the deep part of right field for an RBI. The Dogs scored another run to make it a 2-1 ballgame. La Crosse responded in the bottom half with a pair of their own to retake the lead, 3-2.

Mankato answered again by scoring two more runs in the top half of the sixth. But La Crosse wouldn’t go away, scoring three in the bottom half as well as one more in the seventh for what seemed to be a good measure in the form of a 7-4 lead.

Going into the ninth with their backs against the wall, the MoonDogs rallied with the first three batters of the inning reaching by way of a free pass. After back-to-back strikeouts, Ari Armas (San Diego) came up to the plate and walked in a run, which made way for Crenshaw’s pivotal heroics. Crenshaw’s three-run double made it a 9-7 ballgame that led Mankato to its 40th victory of the summer in the season finale on the road.

TJ Martin (St. Scholastica) was the starting arm for Mankato and had a solid day pitching four innings, striking out four while only surrendering one earned run. Brevin Goetz (Gustavus) remained on the mound after coming in for relief work before the ninth and picked up the victory, Saturday night.