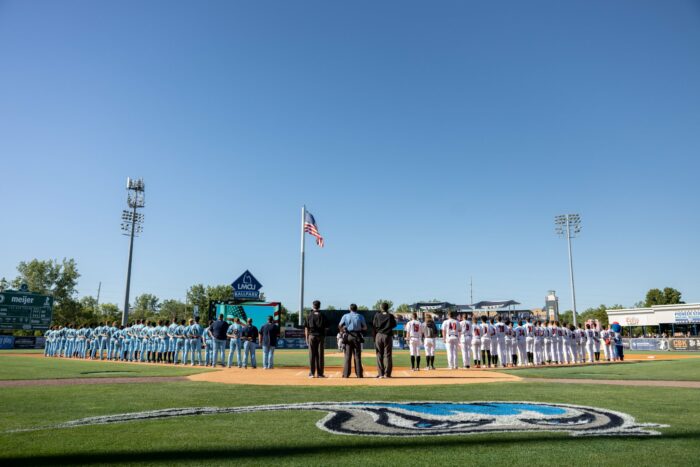 Kalamazoo, MI – For just the second time in history, a Northwoods League game was played at a professional stadium. The Growlers played their US-131 rival the Traverse City Pit Spitters at LMCU Ballpark in Grand Rapids, Michigan. LMCU Ballpark is home of the Detroit Tigers High-A affiliate the West Michigan White Caps.

Mr. Growler Adam Wheaton got the start for the Growlers. Wheaton was dominant, pitching 7.2 innings with 7 strikeouts, no walks and allowing four runs. Wheaton earned the Northwoods League Pitcher of the Night Award for his outing. The hot Growlers offense backed him up with seven runs of their own. Eddy Villegas drove in two runs, as did Luke Storm who now sits second in the Great Lakes Eats division in RBI. The win gave the Growlers their eighth win in nine games, and moved them into first place in the division. The Growlers return home tonight, June 23rd against Fond du Lac.