Ben Pokorny Will Return as the Voice of the Growlers 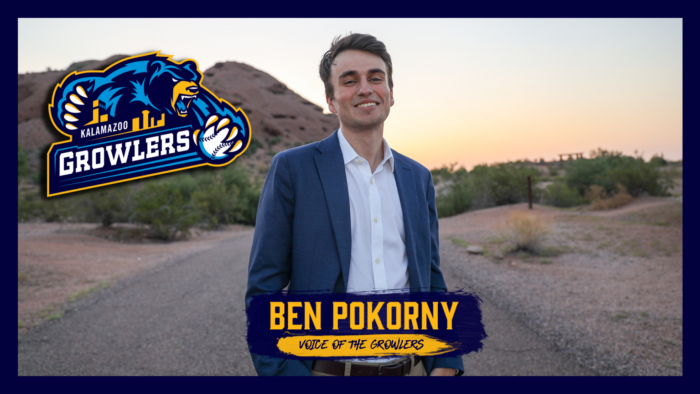 “My first year in Kalamazoo was an incredible time of personal and professional growth for me!” said Pokorny. “I was so lucky to build relationships with the organization and more importantly the fans and community in a short period of time, and I can’t wait to see everyone at Homer Stryker Field to kick off our title defense in May!”

Originally from Barrington, Illinois, Ben is currently a student at Arizona State University. He serves as the play-by-play broadcaster for ASU baseball, softball and hockey on the Pac-12+ network.

“I am thrilled to have Ben returning in 2023,” said Growlers Director of Media and Entertainment Dean Thomas. “Ben showed an incredible work ethic last summer and did an amazing job of calling Growlers games. Ben created so many memorable moments for me personally, our staff and our fans through his passion for the game and our team. I can’t wait to work alongside him in the press box again this upcoming summer. In Ben’s own words, ‘Come On Baby, Yeah!'”