Growlers to be Featured on ESPN Plus 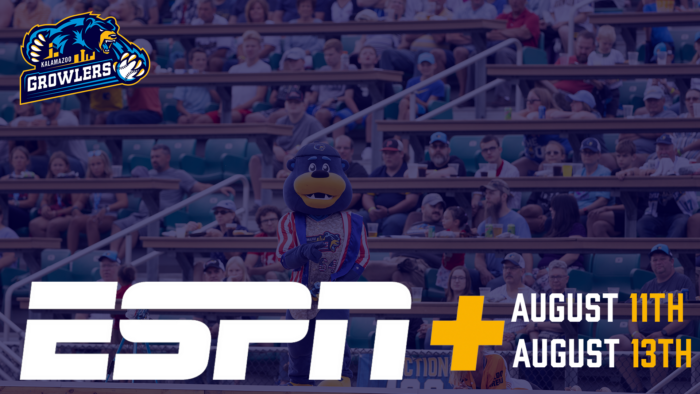 Kalamazoo, MI –  For the first time in team history, the Kalamazoo Growlers will have a home game featured on ESPN Plus. When the Growlers play home games on August 11th and August 13th, people around the globe will have the opportunity to watch on the ESPN+ streaming app. The Growlers have appeared on ESPN+ this season but each time they were on the road. For the first time, Kalamazoo and Homer Stryker Field will be seen worldwide on the service.