Adding Members to the Dog Pound!

Mankato, Minn- The last Friday before the MoonDogs first game. You can feel the excitement in the air! Meet some of the MoonDogs you’ll see on the roster this season. These players are Nathan Ebersole, Luke Young, Jarrett Blunt, Drew Buhr, and Timmy Reeve! 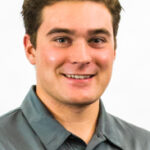 Another Wisconsin kid in Nathan Ebersole! Nathan is originally from Whitefish Bay Wisconsin! He has been at the University of Wisconsin-Milwaukee this year as an infielder! He has also appeared as a pitcher for the Panthers! A Jack of all trades, That we get to see in Mankato very soon! 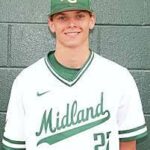 Another standout from Midland College in Texas is Luke Young. Young is a teammate of Caleb Heurtz, whom is a fellow MoonDog! Young has been solid for the Chaparrals in 12 appearances with 47 innings pitched! He boasts 53 strikeouts on the year as well! Young was a MoonDog last season, and had 3.22 ERA in 44.2 innings pitched. He also added 46 K’s to 44 BB. Can’t wait to see Luke in ISG Field! 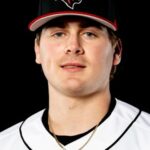 Jarret Blunt is a right handed pitcher from Ottumwa, Iowa! He does his pitching for the University of Omaha Nebraska! He has appeared in 15 games and thrown 25 innings! He has 14 strikeouts in those 25 innings pitched, and the scouting report says he has shades of a right handed Zach Duke! To be blunt, The Dogs’ can’t wait to see Jarret to big things! 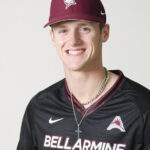 Last, and certainly not least is Drew Buhr! Another teammate of a MoonDog already announced in Davis Crane! Drew is a PO who rakes, dabbling in both aspects of the game. Thus far for the Knights he has appeared in 13 games with an earth shattering 43 strikeouts. In the few games Buhr has appeared in with the bat he has tallied 3 RBIs with 8 hits, in minimal at bats! 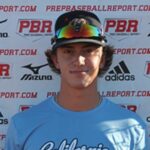 Timmy joins us from the San Joaquin Delta college, and originally hails from Truckee California! Timmy is a 5’11 right handed pitcher who will bring some variety to the Dogs staff this season! Timmy is a teammate of Nate Morris, who is also from Delta College! Give a big MoonDogs welcome to Timmy!