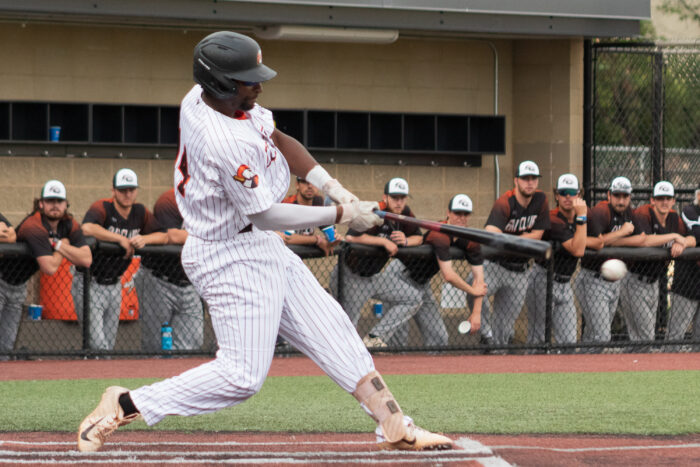 The loss drops the Mankato MoonDogs record to 8-5 on the season. The win improved the Express to 8-5 as well.

Nick Altermatt (Minnesota State – Mankato) opened the scoring in the top of the first by driving in Justin DeCriscio (San Diego) on a sacrifice fly to left. After that, the MoonDogs did not score again until the top of the eighth inning.

In the meantime, the Express piled on eight consecutive runs to take an 8-1 lead. They got there by scoring three runs in the fourth and four in the fifth before tacking on one more run in the seventh.

In the eighth, the MoonDogs scored three runs to come within four of the Express, 8-4. After two quick outs in the inning, the MoonDogs rallied and got three consecutive batters on base. With the bases loaded, Boston Merila (Minnesota) was hit by a pitch to walk in the first run of the inning. With a 2-1 count, Noah Greise (Nebraska Omaha) hit a chopper over to short and the first basemen for the Express couldn’t handle the throw from short, it ate him up, and two runs scored off an error. Greise was credited with two RBI before the next MoonDog struck out to end the inning. The game eventually concluded with the Express prevailing by a final score of 8-4.

The MoonDogs saw a big debut from Decriscio, who went three-for-five. He had three singles in his first three at bats and was solid defensively at shortstop.

Weston Lombard (San Fransisco) got the loss, dropping his record to 0-2 on the season.  He went four and a third innings with a line of three walks, three strikeouts and four runs allowed. Timmy Reeve (San Joaquin), John Lundgren (North Alabama) and Anthony Rodgriguez (Central Methodist) appeared in relief.