Hectic Bottom of the Eighth Guides MoonDogs Past Loggers 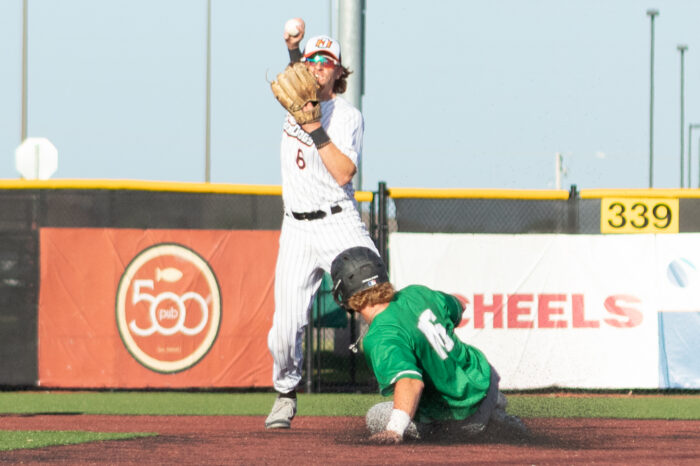 MANKATO, Minn. – The Mankato MoonDogs defeated the La Crosse Loggers by a final score of 8-6 during a Northwoods League ballgame played at ISG Field, Thursday night.

The game was highlighted by a big four-run bottom of the eighth inning, which was highlighted by a three-run error that allowed the MoonDogs to take an 8-6 lead. Tyson Neighbors (Kansas State) then pitched in the following inning to pick up his fifth save of the summer as he locked up the win for Mankato.

After collecting their second consecutive victory, the MoonDogs now stand 13-12 on the season. With the loss, the Loggers fell to 13-12 on the year.

La Crosse struck first in Thursday’s contest, scoring a pair of runs on groundouts by Mac Danford (Enterprise State CC) and Josh Stevenson (LSU). In the bottom half of the inning, the MoonDogs tied the game and then took the lead courtesy of an RBI single to center hit by Justin DeCriscio (San Diego).

The Loggers reclaimed their advantage in the top of the sixth inning by scoring three runs. After Connor Walsh (Rice) singled to short to score Stevenson and tie the game, 3-3, Blaise Priester (LSU) hit a two-run home run out to left to put the Loggers up, 5-3. After both sides scored one run in the following frame, the Loggers led the MoonDogs, 6-4, after the seventh inning.

The MoonDogs mounted a rally in the eighth and loaded the bases to force a one-out pitching change. In the following at-bat, Ariel Armas (San Diego) drew a walk to make it a one-run ballgame, 6-5. The next MoonDog to hit, Garrett Williams (Albiline Christian), flew out to right deep enough to draw a throw home to keep the tying run from scoring. However, chaos ensued when the Loggers’ catcher attempted to throw behind Orlando Salinas (Kansas State) at second, which resulted in the ball sailing into centerfield and all the way back to the fence. The throwing error unloaded the bases and provided the MoonDogs with three unearned runs and an 8-6 lead, which they rode until the end for their second straight win.

Starting on the mound for the MoonDogs, Corey Sanchez (San Jose State) threw five and two-thirds innings while surrendering five runs on six hits. He walked one batter and struck out four others. In relief of Sanchez, Simon Gregersen (Des Moines Area CC) picked up the win to improve to 2-3 on the summer.

The MoonDogs and Loggers rematch in the Key City Friday night for a 6:35 p.m. tilt at ISG Field. Donovan Schultz (Bellarmine) is listed as the probable pitcher expected to throw for the MoonDogs on the mound.