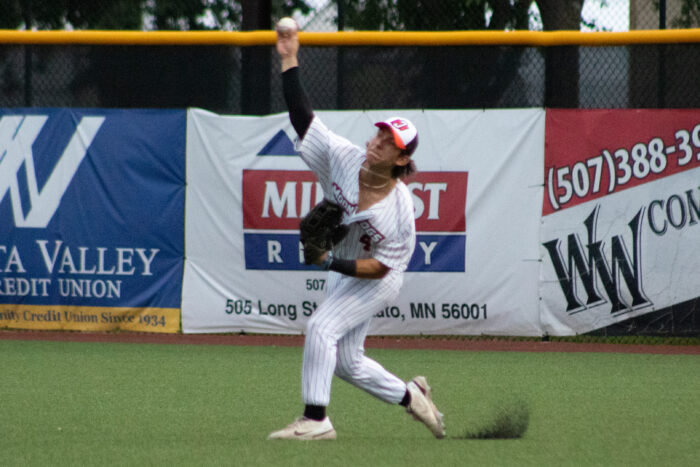 MANKATO, Minn. – The Mankato MoonDogs were defeated 6-3 by the La Crosse Loggers for a split of a two-game Northwoods League baseball series, Tuesday night at ISG Field.

In the third at bat of the game, Xavier Casserila (Wichita State) put the Loggers in the score column first with an RBI double to center. The Loggers went on to make it a three-run inning by also scoring on a passed ball and sacrifice fly batted to right by Dylan King (North Carolina). The MoonDogs answered with a run of their own off the bat of Brendan Hord (Evansville). His base knock blooped to left and allowed Kai Roberts (Utah) to score after he doubled earlier in the inning. After one inning at ISG Field, the Loggers led the MoonDogs 3-1.

After the MoonDogs closed the gap to one run by scoring one in the bottom half of the third, the Loggers plated a pair of runs to extend their lead back to three in the top half of the fourth frame. After four innings at ISG Field, the MoonDogs trailed the Loggers 5-2.

Once both sides picked up a run between the fifth and seventh innings, the MoonDogs still found themselves trailing the Loggers by three, 6-3.

Mankato mounted a bases-loaded rally in the eighth with no outs but failed to get a run across. In the ninth, the MoonDogs had one two-out hit but were held in check there as the Loggers prevailed 6-3 to salvage a split of the two-game series in the finale.

On the mound for the Loggers, Eldridge Armstrong (San Diego State), now 1-1, picked up the win while Dylan Lapic (MATC) picked up a two-inning save, which was his first of the summer.

John Lundgren (Illinois) pitched four complete innings as the MoonDogs’ starting pitcher Tuesday night. Lundgren was handed the loss to fall to 2-3 on the season after he was hit off seven times for five runs while walking one and striking out seven along the way.

The MoonDogs head to Rochester next following their off-day Wednesday for a Thursday date with the Honkers at Mayo Field at 6:35 p.m.