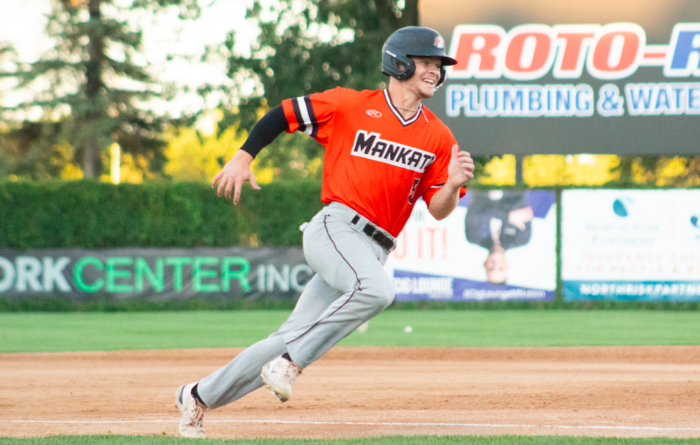 Zach Stroh (Minnesota State – Mankato) had a fantastic day at the plate batting two-for-three and scoring two runs for the MoonDogs. Adam Stevens (Vanguard) and Dustin Crenshaw (Grand Canyon) had the only RBI in the pitcher’s duel in St. Cloud.

Stevens drove in the first run for the MoonDogs in the fourth on an RBI single to center that plated Stroh. In the sixth inning, a sacrifice fly hit by Crenshaw scored another run to extend the lead to 2-0 after six innings at the Rock Pile.

The Rox began a comeback by scoring a run on a groundout in the eighth. However, Sky Wells (Cal State – Long Beach) stymied any chance of it being completed in the ninth when he picked up his first save of the summer. The MoonDogs untimely completed the home-and-home series sweep with a 2-1 victory, Wednesday night.

Starting on the mound for the MoonDogs, Taisei Yahiro (Grand Canyon) pricked up his first to move to 1-0. He pitched five innings of one-hit shutout baseball with a pair of walks and six strikeouts.

Up next, the MoonDogs head to Bill Taunton Stadium to take on the Willmar Stingers at 7:05 p.m. Thursday.