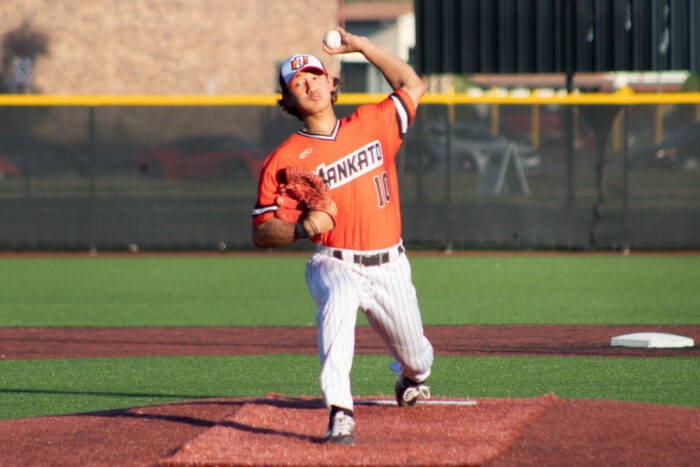 MANKATO, Minn. – The Mankato MoonDogs dominated the Rochester Honkers en route to an 8-4 victory, for their fourth in a row, Tuesday night at ISG Field.

With the victory, the MoonDogs now own a 38-26 overall mark on the season while the Honkers fell to 29-35 with the loss.

After the Honkers crossed the plate first in the first frame, the MoonDogs surged in the bottom half of the inning to pile on five runs and take a 5-1 lead after one inning. Brendan Hord (Evansville) drove in the first run to tie the game with an RBI single. Three batters later, Hord scored on a ball batted in play by Dustin Crenshaw (Grand Canyon). In the next at-bat, the Honkers centerfielder botched a fly ball, which allowed a pair of unearned runs to come around to score. After one more MoonDog crossed the plate thanks to an RBI single by Joel Vaske (Southeast Missouri State), Mankato found itself leading Rochester 5-1 after inning number one.

Insurance runs were provided in the fourth inning by Derek Shoen (UMary), who smacked a two-out double to left-center to score a pair extending the lead to 7-1 after four innings.

Mankato tacked on one more run in the sixth to make it 8-1. It was Shoen again on the offensive putting the ball in play for his third RBI of the game to make it a seven-run game.

The Honkers rallied for three runs in the ninth, but the MoonDogs ultimately held on to win 8-4 in Tuesday’s contest while claiming a 9-7 advantage in hits throughout. The Honkers were riddled defensively by errors in a 3-1 unfavorable margin.

Starting on the mound for the MoonDogs, Taisei Yahiro (Grand Canyon) picked up the win to improve to 2-0 on the summer after pitching seven and a third of an inning of one-run baseball with three runs against. Along the way he walked one Honker and fanned eight others.

Up next, the MoonDogs open a new two-game series, marking their final games at ISG Field of the 2022 campaign, against the Eau Claire Express Wednesday and Thursday night at 6:35 p.m. in Mankato.