Growlers in the MLB Roundup 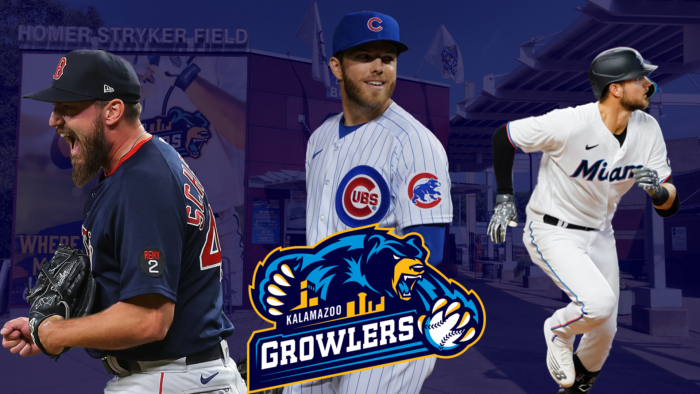 Kalamazoo, MI – With the Houston Astros World Series win, the Major League baseball season has concluded. Let’s take a look at how each former Growler currently in the MLB performed this past season.

David Hensley (Houston Astros)
Now a World Series Champion, David Hensley was one of three former Growlers to debut in the MLB during the 2022 season. Hensley made his MLB debut back on August 27th for the Astros. During the regular season, Hensley played in 16 games down the stretch for Houston where he hit .345. The former Growler appeared in two games during the 2022 World Series where he collected two hits in seven plate appearances. Hensley played 35 games for the Growlers during the 2016 season.

John Schreiber (Boston Red Sox)
Schreiber was the first Growler in history to make it to the MLB. He debuted with the Detroit Tigers back in 2019 but has since joined the Boston Red Sox. Schreiber had a remarkable season out of the Red Sox bullpen where he appeared in 64 games and pitched 65.0 innings. Schreiber
held a 2.22 ERA with 74 strikeouts. Schreiber was part of the inaugural Growlers team back in 2014.

Brandon Hughes (Chicago Cubs)
The former Michigan State Spartan made his big league debut in 2022. Hughes appeared in 57 games for the Chicago Cubs out of the bullpen. The left-hander posted a 3.12 ERA with 68 strikeouts over his 57.2 innings pitched. Hughes had a short stint with the Growlers back in 2015. He recorded nine at-bats but never took the mound.

Charles LeBlanc (Miami Marlins)
LeBlanc was the third former Growler to make his major league debut in 2022. Originally from Canada, the former University of Pittsburgh Panther was drafted by the Texas Rangers in 2016 before being released in winter of 2021. Miami claimed him off waivers soon after. LeBlanc moved around the infield for the Marlins during his 48 games. Leblanc had a successful season at the plate in his rookie year posting a .263 batting average with four home runs. Similar to Brandon Hughes, LeBlanc was part of the 2015 Growlers team.