Catcher Hunter Feduccia, outfielder Zach Watson and outfielder/third baseman Bren Spillane were named to the roster announced by the NWL on Tuesday. The showcase event is scheduled to be hosted by the Madison Mallards on Tuesday, August 8 at Warner Park.

“The perk (for players) is that you are going to be playing in front of every major-league team, and multiple scouts from every major-league team, on one night,” Rivets manager Brian Smith said. “Not every player from every school can say that. There’s a lot of small-school guys that come up and play in this league because people don’t know who they are, and they come in and they’re throwing 96 or hitting guys throwing 96.”

Feduccia is in the midst of stepping onto a larger stage. The sophomore, who leads the league in hitting by more than points, is transferring from Louisiana State University-Eunice, a junior college, to the main LSU campus. He’ll join a national powerhouse coming off a second-place finish in the College World Series.

Feduccia entered Tuesday’s home game against Wisconsin Rapids with a league-leading .394 batting average, seven home runs and 33 RBI. He’s had a pair of two-homer games and has twice had four hits in a game. Wisconsin Rapids’ Ryan Stekl, at .360, is the only hitter within 40 points of Feduccia in the batting race.

“He’s been great since he’s gotten here,” Smith said. “He’s really started to loosen up after his first couple of games. He caught 58 games at Eunice this year, so he came in tired.”

With two other regular catchers, Smith has been able to give Feduccia regular time off. Half of Feduccia’s 16 multi-hit games have come in contests after he had the previous day off.

“We don’t mind giving him the day off if he comes back like this,” Smith said. “… Giving him a DH day or a day at first base or a day off, with the other (catchers) able to hold their own, hasn’t hurt us at all.”

Watson, coming off his freshman year at LSU, has already played on college baseball’s biggest stage. Last month, his was named to the all-CWS team following the Tigers’ loss to Florida in the national-championship series.

“He was all-world coming in, and we’re very happy that he took the time to take the rest (after the CWS) and come play in Rockford,” Smith said. “Some guys get to the World Series, and they’ve been playing since February, and they’re worn out. He wanted to prove that he can hit with a wood bat. … He just loves everything about (playing in the NWL).”

Through 10 games with the Rivets, Watson is hitting .342 with two home runs and 14 RBI. Coming into LSU as a highly-coveted prep shortstop, he played regularly for the Tigers in center field this spring. The long-term plan was to move him to second base as sophomore, but in a recent newspaper interview, LSU coach Paul Mainieri indicated that Watson will stay in the outfield next spring.

Smith said that’s where Watson, at 6 feet and 166 pounds, would likely be projected by MLB scouts.

“The plan was for him to come in (to Rockford) and get work at second base and the outfield,” Smith said. “But they liked what they saw of him in center field enough to keep him there. That’s best for (LSU’s) future and for his future.”

Spillane, a Wheeling native coming off his sophomore year at Illinois, is batting .294 with two home runs and 13 RBI. He’s stolen 10 bases in 12 tries.

While Spillane has struck out in about a quarter of his at-bats, his .384 on-base percentage is the fourth-best on the roster.

“This is the first time some of these guys put wood in their hands, and you have to show them how to use it,” Smith said. “It’s a learning curve for some of these guys, but the guys from the big schools train with wood bats.”

The showcase consists of a doubleheader featuring the NWL’s top players as selected by a panel of Major League Baseball scouts. The players will participate in a day of workouts in front of scouts which will be followed by the doubleheader. 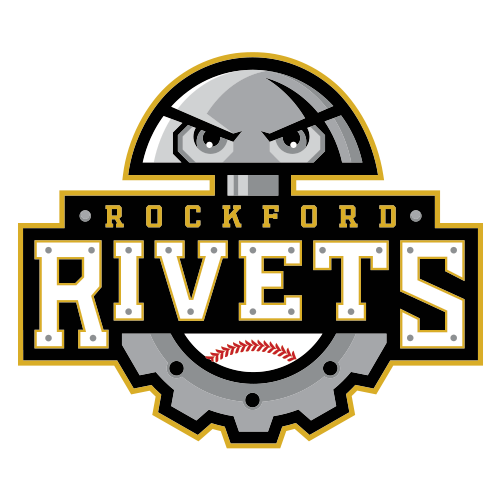