Two Honkers Selected For The All Star Game

The Northwoods League has announced the rosters for the 2022 Northwoods League All-Star Game, which will be played on Tuesday, July 19 at 7:00 p.m. (CST) at Witter Field in Wisconsin Rapids, Wisconsin.  The Honkers had two of their players selected as 2022 All Stars, Nico Regino and Thaniel Trumper.

Regino, who recently committed to Charleston Southern University is hitting .343 on the season with 34 hits and is tied for the team lead with 18 RBI.  Nico also has 14 walks, five stolen bases and has an overall on base percentage of .467, which is second to Tyler White. 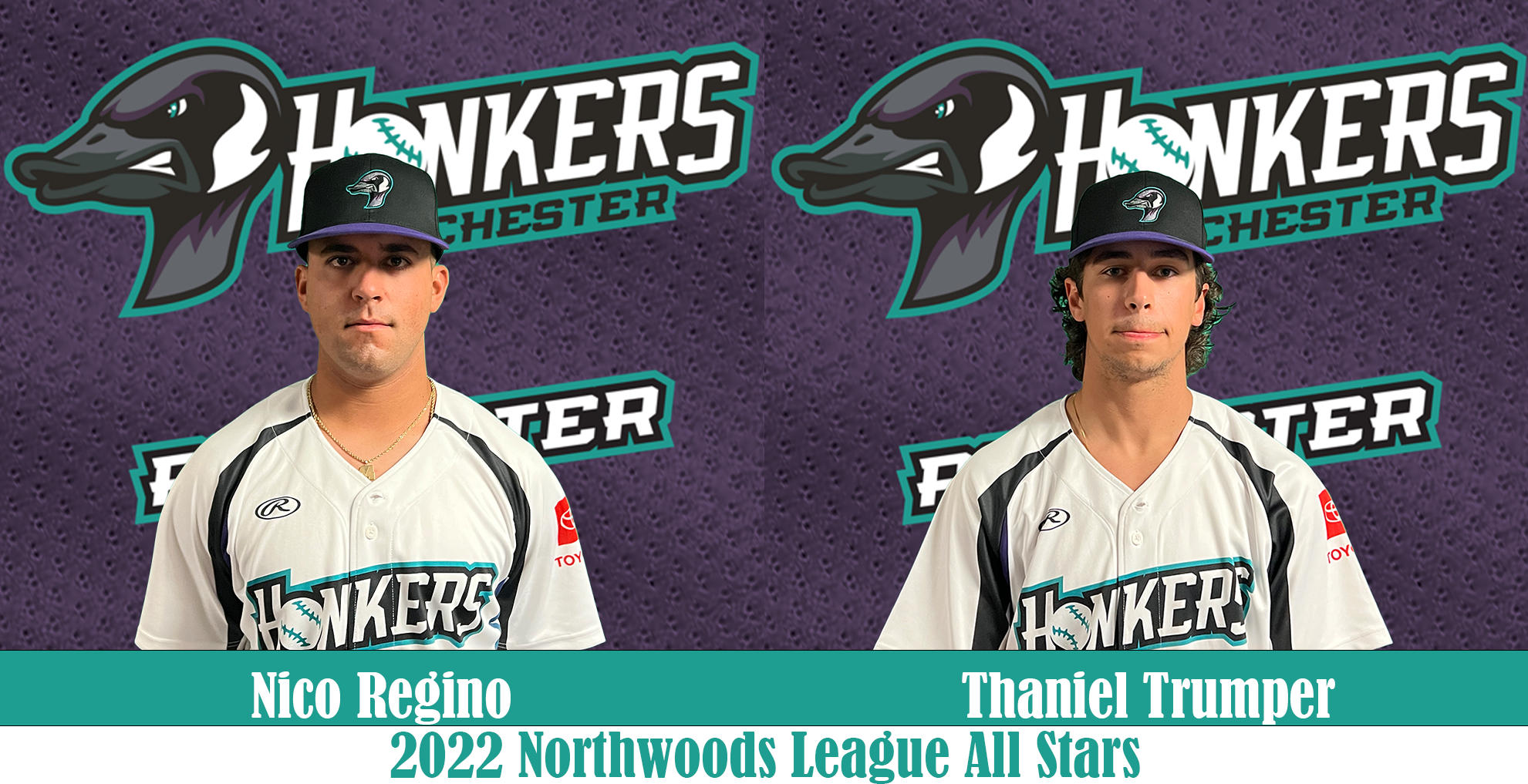 Trumper, who is going into his Junior year at Daone College, has emerged as the team’s closer.  In 15 appearances, Trumper has pitched in 16.2 innings, has 2-0 record and an ERA of 2.16, which leads the Honkers active roster.  Trumper has also struck out 36 batters, while only walking five and has a batting average against of .188 which leads the team for qualified pitchers (15 or more innings).

Field Manager Kirk Shrider and his coaching staff from the Wisconsin Rapids Rafters will be in the dugout for the Great Lakes. The First-Half Great Lakes West Division Champion Rafters currently have a 31-6 overall record and had a Northwoods League record 29 wins in the First Half.