Waterloo, IA – The Waterloo Bucks have announced that right-handed pitcher/outfielder Gerrion Grim III (pronounced GARY-in) will return to Waterloo for his second season in 2014.  Grim, 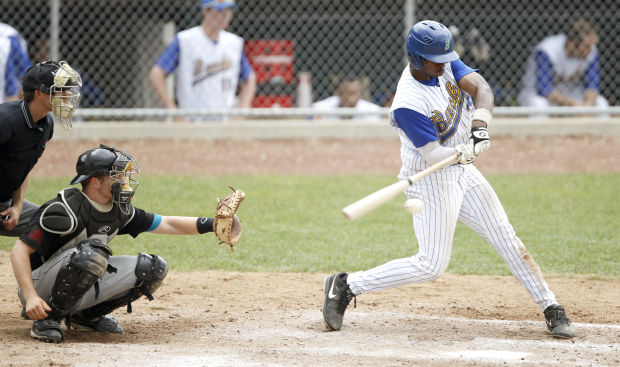 a redshirt freshman at Jefferson Community College in Hillsboro, Missouri, is the fourth player to be named to the Bucks’ roster for the team’s 20th season.

“Gerrion was a guy that didn't have the chance to play school ball last spring and really took advantage of the opportunities that he had this past summer to get better,” said Bucks manager Travis Kiewiet.  “Every time he took the mound he got better both mechanically and mentally.  I'm excited to see what Gerrion brings this summer with a year of school ball under his belt.”

A native of O’Fallon, Missouri, Grim transferred to Jefferson CC from the University of Missouri this past fall.  Grim redshirted with the Tigers in 2013.

Grim played baseball at Fort Zumwalt South High School where he finished his senior year with a 2.90 ERA and 94 strikeouts.  That season at the plate, Grim hit .423 with four home runs and 33 RBI.  In 2012, Grim was named the St. Charles Male Athlete of the Year and was a St. Charles Amateur Athletic Hall of Fame selection.  Born September 17, 1993, Gerrion is the son of Gerrion Grim Jr. and Cassandra Grim.