All-Star Rhodes Back with Bucks

Waterloo, IA – The Waterloo Bucks have announced that right-handed pitcher Aaron Rhodes will return to Waterloo for his second season in 2014.  Rhodes, 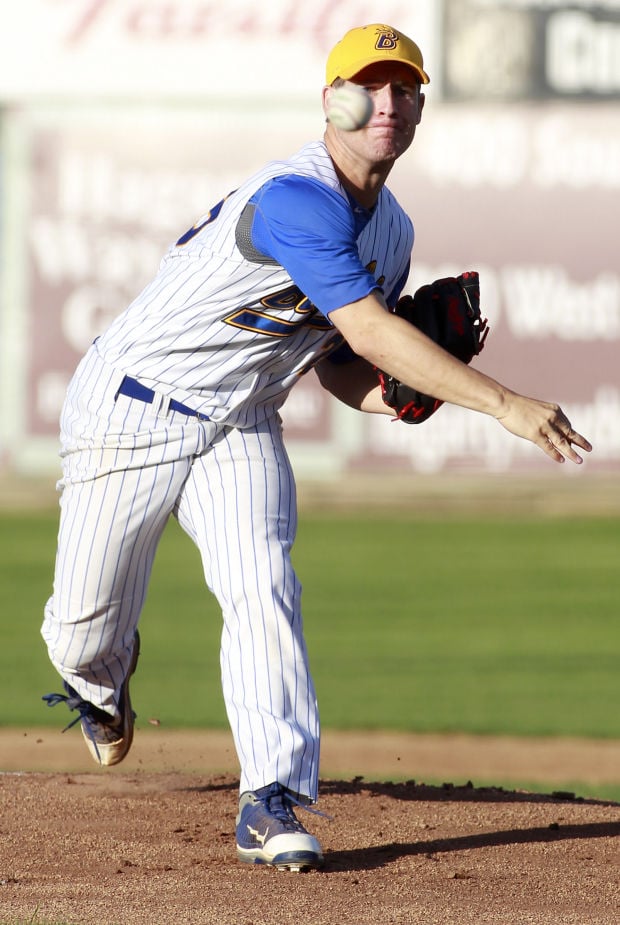 a sophomore at the University of Florida, is the sixth player to be named to the Bucks’ roster for the team’s 20th season.

Last season for Waterloo, Rhodes was ranked as the 21st best prospect by Baseball America.  The 6’0”, 200-pounder led the Northwoods League’s North Division with 74 strikeouts.  Rhodes ended the year with a 5-4 record in 11 appearances and a 3.19 ERA, which was the fifth-best in the NWL.  Rhodes was named to both the mid-season and post-season NWL All-Star Teams.

“Having Aaron back is huge for our starting rotation,” said Bucks’ field manager Travis Kiewiet.  “Last year, he gave us quality starts every time he took the hill and has that mental toughness needed to be successful in the summer.  Also, with Aaron having experience pitching in the league last summer, he will be able to help out the new pitchers with the ups and downs that come with the grind of our season.”

Born September 24, 1992, Rhodes attended Venice High School where he compiled an 11-4 record with a 1.07 ERA during his prep career.  During his senior year, Rhodes collected five wins and had a school-record five saves, earning All-State recognition in Class 5A.