was taken in the 2nd round with the 59th pick by the St. Louis Cardinals.  A product of the University of San Diego, Mautz played for the Bucks in 2021 where the left-handed pitcher posted a 2.08 ERA with 29 strikeouts and three saves.  Originally from San Diego, California, Mautz played in the 2021 Northwoods League Major League Dreams Showcase. who played with the Bucks in 2021.  A product of the University of Oregon, Kasevich hit .374, the fifth-best mark in team history, with two home runs, 39 RBI, and five stolen bases.  Originally from Eugene, Oregon, Kasevich played in the 2021 NWL Major League Dreams Showcase and was named an NWL Postseason All-Star. a University of Iowa product, was taken in the 7th round with the 218th pick by the Blue Jays.  Williams played in 33 games for the Bucks in 2020, finishing tied for the team single-season record of home runs with 13 and setting a new team record in slugging percentage with a .687 mark.  Williams also hit .304 with 36 RBI during the 2020 campaign.  Originally from Johnston, Iowa, Williams was named an NWL Postseason All-Star. was taken in the 8th round with the 238th pick by the Los Angeles Angels.  A product of Kansas State University, Phillips played for the Bucks in 2019 where the outfielder hit .324 with three home runs, 40 RBI, and nine stolen bases to go along with three triples.  Originally from Omaha, Nebraska, Phillips was a midseason NWL All-Star and  played in the 2019 NWL Major League Dreams Showcase. 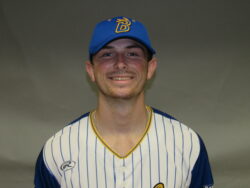 who played with the Bucks in 2020.  A product of Texas State University, Shuffield hit .282 with a home run, 14 RBI, and nine stolen bases while in Waterloo. 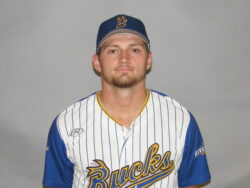 a University of Louisville product, was taken in the 10th round with the 295th pick by the Kansas City Royals.  Usher played with the Bucks in 2020, hitting .264 with a home run, 17 RBI, and four stolen bases.  This season for Waterloo, the Fairfax, Iowa native is hitting .211 with one stolen base. 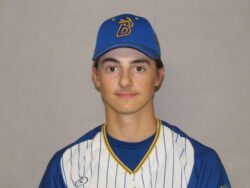 was taken in the 15th round with the 464th pick by the Tampa Bay Rays.  A product of Feather River College, Christianson suited up for the Bucks in 2019 where the two-way player hit .095 and appeared on the mound for one inning. 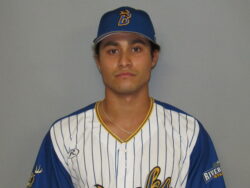 who played with the Bucks in 2021.  A product of the University of Hawaii, Pontes finished the season with a 1.93 ERA and 19 strikeouts in 18.2 innings pitched. a Pittsburg State University product, was taken in the 17th round with the 523rd pick by the Houston Astros.  McGowan played with the Bucks in 2021, hitting .351 with four home runs, 43 RBI, and 10 stolen bases.  Originally from Blue Springs, Missouri, McGowan was named a midseason and postseason NWL All-Star. was taken in the 18th round with the 554th pick by the Rays.  A product of the University of Iowa, Davitt played for the Bucks in 2020 and 2021 where the right-handed pitcher compiled a 7-3 record with a 3.45 ERA and 82 strikeouts in 19 games.  Originally from Indianola, Iowa, Davitt played in the 2021 NWL Major League Dreams Showcase. 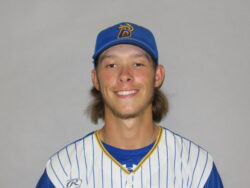 who played with the Bucks in 2018.  A product of the University of Texas, Messinger hit .238 with four RBI and three stolen bases while in Waterloo.

The Bucks begin a two-game homestand versus the Duluth Huskies on July 21 at 6:35 pm.  Tickets are available for all games at www.waterloobucks.com or by calling the Bucks Ticket Line at (319) 232-5633.  Cost Cutters Field at Riverfront Stadium, home of the Bucks, welcomed a new state of the art video board in 2016 thanks to a matching grant from the Black Hawk County Gaming Association.  Team ownership has invested nearly $400,000 in stadium improvements since the end of the 2014 season including group outing areas, painted bleachers, public Wi-Fi, sound system, kids zone inflatables, wiffle ball field, and concessions equipment.  Fans are encouraged to stay in touch with the Bucks by utilizing their website at www.waterloobucks.com or utilizing the Northwoods League Mobile App.