Waterloo, Iowa – The Waterloo Bucks have announced the hiring of Darrell Handelsman the team’s field manager for the 2023 season.  Handelsman 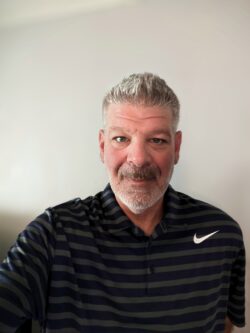 previously managed Waterloo from 1999 to 2002, accumulating a 160-108 record, making the Northwoods League Playoffs each season, becoming the second winningest manager in Bucks history, and winning the 2002 NWL Championship.

“This is a great opportunity to return to a place that’s always been special to me,” said Handelsman.  “Waterloo has some of the best and most knowledgeable fans in the entire league.  I’m looking forward to getting back in the NWL and competing against the best of the best.  I want to thank general manager Dan Corbin and team ownership for the opportunity, and I can’t wait to get started.”

Handelsman currently ranks second in NWL regular season wins with 409 and is the winningest postseason manager in league history with 12 victories.  In addition, Handelsman has won two NWL titles, earning trophies with the Bucks in 2002 and Madison in 2004.

“I’m extremely excited to announce that Darrell’s back!” said Bucks general manager Dan Corbin.  “I’ve had the pleasure of knowing Darrell since our paths crossed in 2002 and we have maintained a relationship ever since.  The timing of our organization’s reunion with one of the winningest NWL managers is perfect.  Our fans will love Darrell’s managerial style and his coaching experience speaks for itself.”

Season Tickets for the 2023 season are currently available by calling the Bucks Ticket Line at (319) 232-5633.  Cost Cutters Field at Riverfront Stadium, home of the Bucks, welcomed a new state of the art video board in 2016 thanks to a matching grant from the Black Hawk County Gaming Association.  Team ownership has invested nearly $450,000 in stadium improvements since the end of the 2014 season including group outing areas, painted bleachers, public Wi-Fi, sound system, kids zone inflatables, wiffle ball field, and concessions equipment.  Fans are encouraged to stay in touch with the Bucks by utilizing their website at www.waterloobucks.com or utilizing the Northwoods League Mobile App.

The Waterloo Bucks are a member of the finest developmental league for elite college baseball players, the Northwoods League. The Northwoods League is the proven leader in the development of elite college baseball players. Now in its’ 29th season, the Northwoods League is the largest organized baseball league in the world with 22 teams, drawing significantly more fans, in a friendly ballpark experience, than any league of its kind. A valuable training ground for coaches, umpires, and front office staff, 300 Northwoods League players have advanced to Major League Baseball, including three-time All-Star and 2016 Roberto Clemente Award winner Curtis Granderson, three-time Cy Young Award winner and World Series Champion Max Scherzer (NYM), two-time World Series Champions Ben Zobrist and Brandon Crawford (SFG) and World Series Champion Chris Sale (BOS). As well as 2019 Rookie of the Year and 2019/2021 Home Run Derby Champion Pete Alonso (NYM) and 2021 All-Star, MLB Gold Glove winner and 2019 Second Team All-MLB shortstop Marcus Semien (TEX). All league games are viewable live via the Northwoods League website. League games are viewable live at watchnwl.com and on ESPN+. For more information, visit www.waterloobucks.com or download the new Northwoods League Mobile App on the Apple App Store or on Google Play and set the Bucks as your favorite team.