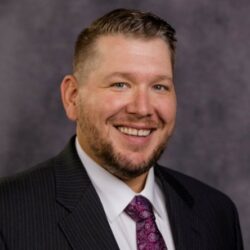 Craig Toycen and The Toycen Baseball Club purchased the Eau Claire Express in February of 2022.  Craig was born and raised in Chippewa Falls, Wis.  He’s a graduate of Saint John’s University (MN).  He and his brother, Mike, are the 3rd generation to run the Toycen Dealerships, which have been a staple in the Chippewa Valley automotive scene since 1952.  Craig and his wife, Holly, live in Chippewa Falls.  They have two sons, Isaiah and Adrian. Dale has been the Express’s field manager since the inaugural 2005 season. The 2010 Northwoods League Manager of the Year has led the Express to the playoffs four times, winning Eau Claire’s first NWL Championship in 2010. The Express also reached the Championship Series in 2007 and 2016  and the Divisional Series in 2009. The 2022 season was his 17th as the team’s Director of Operations and Field Manager for the Express.

A native of Marshfield, Wis., Dale is no stranger to Eau Claire baseball, having played several years for the Eau Claire Cavaliers. He also served as an assistant coach at his alma mater, UW-Eau Claire. After a short coaching stint at UW-River Falls, Dale served as the head coach and Director of Facilities at Viterbo University in La Crosse, Wis., from 1999-2001.

Dale and his wife Jennifer live in Eau Claire with their three children: Jake, Averie, and Christian. Before making her move to the midwest, Sammi had prior experience in baseball working with the Medford Rogues in the former Great West League and interned with the St. Paul Saints, the Minnesota Twins Triple-A affiliate.

Her time with the Rogues includes being the Community Relations Coordinator, hosting the inaugural All-Star Game of the Great West League in 2016, and the 2017 Championship Season.

In June 2018, Sammi graduated with a Public Relations degree from the University of Oregon and then moved out to the midwest. Ben joins the Express full-time as the Director of Food and Beverage after completing his Stadium Operations Internship with the organization during the 2021 season.

After graduating from Arcadia High (2019), he moved up to Eau Claire to complete his Associate of Applied Science degree in Business Management from Chippewa Valley Technical College (2020) and then transferred to UW-River Falls to complete his Bachelor of Science in Business Administration – Marketing (2021). Paul Schommer
Public Address Announcer
Paul returned to the Express in 2016 as PA Announcer after a two-year hiatus. He previously held the position from 2006-2013. During his previous stint with the Express Paul had a role in ticket sales (2011) and public relations (2012). Paul previously spent 12 1/2 years as a Social Studies teacher at Hudson High School and has served as the “Voice of the Titans” at Tartan High School in Oakdale, Minn. where he did PA work for football, basketball, baseball and track and field. Pete wrapped up his seventh year in the broadcast booth in 2021 and will broadcast all 72 Express games on Classic Rock 92.1 FM. After the conclusion of the 2016 season, Pete was honored as the Co-Broadcaster of the Year in the Northwoods League. Pete filled a similar role in his first year with the Express in 2014 before spending 2015 full-time as the Director of Broadcasting & Media Relations. In his full-time role, Pete sold sponsorships, group outings and ticket packages along with overseeing the Express website, press releases and video production.