Eau Claire, Wis.—The Express hitters were dialed-in on a rain-soaked night in Willmar, scoring a season-high 14 runs. The pitching staff, led by starter Aaron Shortridge, held the Stingers to just four runs in the impressive all-around performance for Eau Claire. A 30-minute rain delay did not rattle the Express, who will hope to carry over the momentum from the 14-4 victory tomorrow night at Carson Park.

Tyler Jones opened the scoring for the Express in the first inning with a two-run home run. Starting pitcher Ryan Reynoso walked leadoff man Tommy Hook, who advanced to second on a balk. Jones displayed his elite power from the plate for the first time this summer, hitting a two-run shot on the first pitch he saw. Jones was one of the top home run hitters in collegiate baseball this spring, with 19 home runs for Air Force.

In the bottom of the first, Shortridge walked Danny Pardo, who reached third on two wild pitches in the poor pitching conditions. With two outs and runners on the corners, the rain picked up, and lightning forced the game into a delay.

However, the pause did not last long, as play resumed just over a half hour after players left the field. Shortridge quickly got the third out of the first, displaying no ill effects of the brief weather delay.

The extended break had consequences for Reynoso, who struggled with his control in the second inning. The Express loaded the bases on the freshman from Pacific University on singles from Rudy Rott and Cody Bohanek, and a walk drawn by Dylan Dresel. Reynoso would walk the next two batters, Cal Klipstein-Smith and Tommy Hook, to add two runs to the Express lead. Mickey McDonald and Daulton Varsho each hit RBI ground outs, forcing the Stingers to bring in Joe Vranesic in relief.

The Express continued their hot night at the plate against Vranesic, loading the bases yet again after Jones was hit by a pitch, Daniel Herrera reached on an infield hit, and Rott drew a walk. In his second at-bat of the inning, Bohanek ripped a grounder to second base, which resulted in an error scoring Jones from third to bring the Express lead to 8-0 after two innings.

The Stingers pulled one run back in the bottom of the third, when Greg Lambert hit a single scoring Quincy McAfee who reached on a walk from Shortridge. Shortridge finished the game with five innings pitched, allowing one run on four hits, and striking out three Stingers’ hitters. He was officially the winning pitcher in the game, his first win in an Express jersey.

With Jaymon Cervantes replacing Vranesic on the mound in the top of the fifth, the Express reached double digit runs for the first time this season. After Dresel and Smith reached on singles, a wild pitch put both runners in scoring position. McDonald grounded out to the second baseman allowing Dresel to cross home plate. Varsho swung and missed on the third pitch in the dirt, but the ball got away from catcher Danny Palmiscno. Smith was able to score on the play, and Varsho reached first safely, adding to the cushion for the Express, 10-1.

The Express bats remained hot in the sixth, with Rott hitting a double to right-center field, advancing Herrera, who reached on an error, to third base. Bohanek hit a sacrifice fly to score the first run of the inning. Dresel stepped in against Cervantes and pulled a two-run home run into deep left field.

The Stingers attempted to spark a comeback against reliever Hayden Bowe late in the game, but the Express lead proved insurmountable. In the bottom of the seventh, Pardo continued his hot hitting against the Express with an RBI single. Outfielder Jack Schmidt drove in another run with a sacrifice fly. In the eighth, the Stingers added one more run on an error by Bohanek that scored Palmiscno, cutting the Express lead to nine.

The Express were not finished scoring. In the ninth inning, Smith reached safely on a single and scored on a hit by McDonald. Jemuel Angela, the first baseman from Breda, Netherlands, tallied his first hit for the Express in a pinch-hitting appearance on an infield single.

Bowe pitched out of a jam with two base runners in the ninth to seal the 14-4 victory. Bowe, a graduate of Memorial High School in Eau Claire, completed four innings of relief, allowing three runs in his first outing of the season.

Rott was the offensive standout for the Express in tonight’s contest, finishing 3-3 with two walks in the game. The freshman from Ohio University is hitting .571 early in the 2016 season. Dresel went 2-3 with two RBI’s on his home run in the sixth inning.

The Express will return home to Carson Park tomorrow night for the third game in the four-game series against the Stingers. Jake Sommers, the UW-Milwaukee freshman from Hortonville, WI, will take the mound in his debut in front of the Eau Claire home fans. First pitch is schedule for 6:35pm as the Express look to take a 2-1 series lead against the Stingers.

Edvest is Wisconsin’s 529 College Savings Plan designed to help families save for higher education expenses. It takes just $25 to start an Edvest college savings plan, and account owners can choose from more than 22 investment portfolios while enjoying one of the lowest cost 529 plans in the U.S. along with in-state tax advantages for Wisconsin residents.

SavingforCollege.com recently ranked Edvest as one of the Top 15 in 529 Performance, the ninth Lowest Cost 529 plans, as well as awarded the program a 5-Cap Rating, which indicates that a 529 plan offers outstanding flexibility, attractive investments and additional economic benefits. Find out more at www.edvest.com.

Season tickets, 5-Game Packs, and single-game tickets are on sale now for Express home games. The all-new 5-Game Pack includes a reserved ticket along with food and beverage for three innings for five of the biggest promotional nights of the 2016 season all for only $45.00. All tickets can be purchased by calling the Express office at 715-839-7788 or by stopping at the downtown office at 102 E. Grand Ave.

The Eau Claire Express are a member of the finest developmental league for elite college baseball players, the Northwoods League. Playing its 23rd season of summer collegiate baseball in 2016, the Northwoods League is the largest organized baseball league in the world with 18 teams, drawing significantly more fans, in a friendly ballpark experience, than any league of its kind. A valuable training ground for coaches, umpires and front office staff, more than 150 Northwoods League players have advanced to Major League Baseball, including Cy Young Award winner Max Scherzer (WAS) and MLB All-Stars Chris Sale (CWS), Jordan Zimmermann (DET), Curtis Granderson (NYM), Lucas Duda (NYM) and Ben Zobrist (CHC). All league games are viewable live via the Northwoods League Website.  For more information, visit www.eauclaireexpress.com. 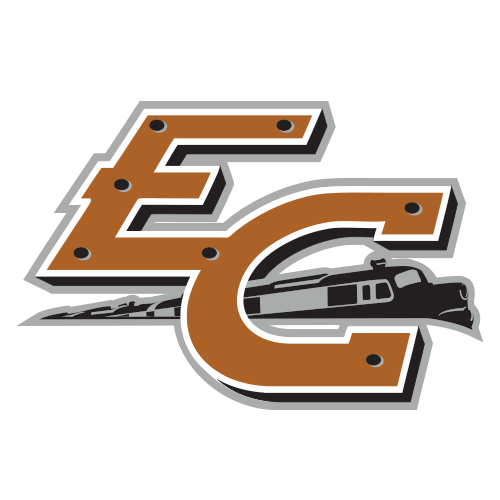