Former Honker and current Oakland Athletic Tony Kemp has been nominated for the Roberto Clemente Award.  Since 1971 (then called the Commissioner’s Award), this honor goes to one Major Leaguer each year.  In 1973, the award was renamed after the Pittsburgh Pirates outfielder, who died on New Year’s Eve in a plane crash on his way to help victims in earthquake stricken Nicaragua.

The Roberto Clemente Award is bestowed annually to the player who best represents the game of Baseball through extraordinary character, community involvement, philanthropy and positive contributions, both on and off the field.  Every year, each MLB Club nominates a player to be considered for the Award in tribute to Clemente’s achievements and character.

According to the official nomination, “This season, Tony has once again teamed up with Players for the Planet and One Tree Planted to serve as a player ambassador to further the organization’s mission to plant trees in urban communities. Tony has pledged to donate $250 for every stolen base and extra-base hit he records throughout the season. Through this player partnership, A’s corporate partner PG&E has also signed on to match Tony’s donations up to $5,000, helping to increase the reach and impact of this program. To culminate the season-long initiative, Tony will participate in a community tree planting event in September.” 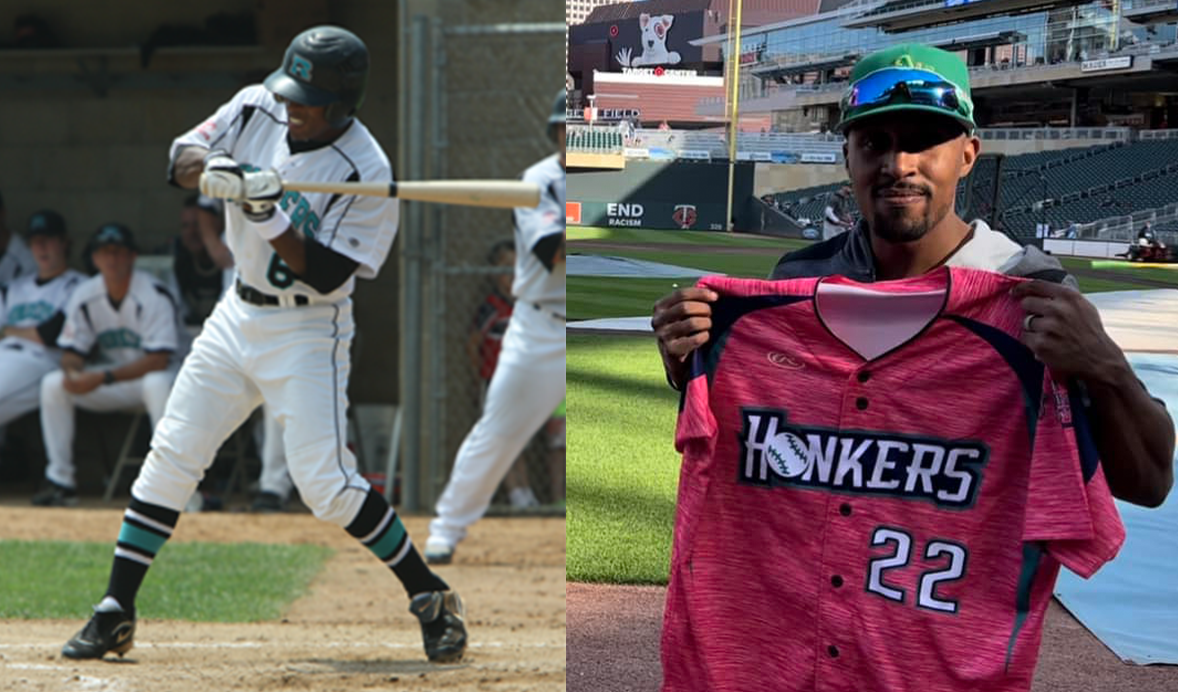 Kemp played for the Honkers in 2011 while at Vanderbilt.  He was drafted in the fifth round in the 2013 draft by Houston.  He made his Major League debut in 2016, and was on Houston’s 2017 World Series roster.  In 2019 he spent a season with the Chicago Cubs, before signing with his current team, Oakland in 2020.  He helped the Honkers with their Hormel Institute, StriKing Out Cancer jersey reveal this summer.  He was officially nominated on September 20th, and that night he hit the go ahead three-run homer that helped beat the Seattle Mariners.