The league also draws some of the top up-and-coming coaching talent from across the country who are looking to develop themselves, just like the players, into the future stars of the college and professional coaching ranks. The Northwoods League has become a hotbed for excellent coaching. Many of the league’s coaches were once MLB and Minor League Baseball players and coaches including Twins star Al Newman, Donnie Scott, Duffy Dyer and former skipper for the New York Mets, Terry Collins. 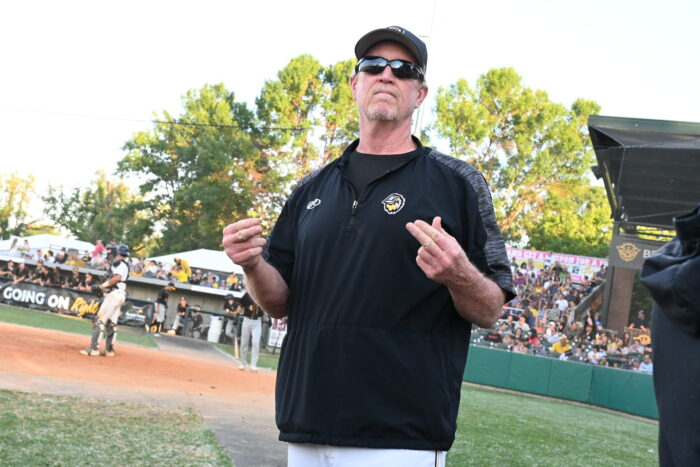 Will Flynt is the Bismarck Larks Head Coach & Field Manager. He’s been with the Larks since 2020. Will is a former professional baseball player who played with the Boston Red Sox, Seattle Mariners and Baltimore Orioles organizations. He led the Larks to a Northwoods League North Dakota Region Title in 2020 with a 33-15 record.

His baseball career led him all over the United States, Netherlands, Mexico, Taiwan and Japan. He later worked as a coach in the Frontier League. He recently won the NWL’s Coach of the Year award in 2019 in his first year with the Wisconsin Rapids Rafters, earning a 46–26 overall record.

Will was primarily a pitcher in his professional playing years. He played all over the world from ages 23-35 in 1991-2003. Much of that time was spent in AAA minor leagues and foreign leagues. Over all the different levels of competition, he picked up 97 wins and 85 losses over 279 games and 1559 innings. He knew how to fan the batter, totaling 1404 strikeouts and a 3.70 ERA. He led four leagues in four different countries in strikeouts. He set a strike-out record in Taiwan.

Will began his coaching career in 2005 as the pitching coach for the Florence Freedom and the next year he was the pitching coach for the Windy City ThunderBolts. After his time at Windy City, Flynt returned home to help amateurs develop their skills in the Cincinnati area at the Cincinnati Baseball and Sports Academy. In 2019, he had a very successful year coaching the Wisconsin Rapid Rafters in the NWL. 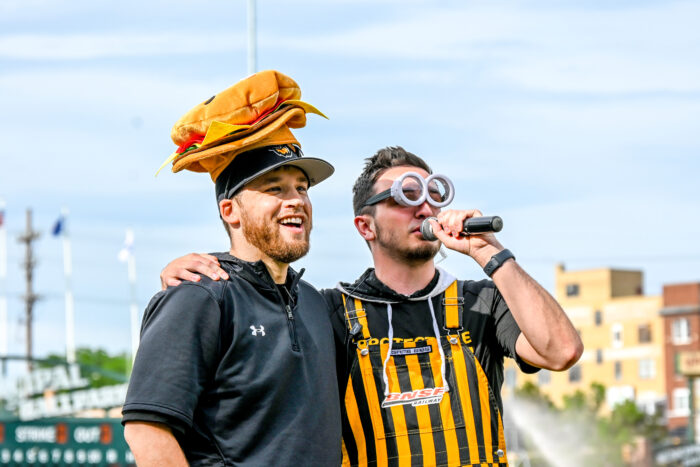 Steve “Stevie” Adams is in his first season as an assistant coach for the Larks. Adams graduated from Glen Este High School on the east side of Cincinnati and from Miami University with a Bachelor’s degree in Science and a minor in Child/Human Development.

From 2006-2009, Adams played baseball at Miami University Hamilton. He hit over .350 each year, broke the school record for hit by pitches, won 2 conference Gold Gloves, and was selected to the all-conference team all 3 years.

In 2020, Adams was inducted into their Baseball Hall of Fame, a great honor and moment to cherish. Adams started playing baseball when he was 4-years old. It wasn’t until his college ball that his father didn’t coach him.

Adams is a big science and space nerd. Telescopes, microscopes, science experiments, journals — you name it and he’s interested in it. He shares these hobbies with his children, making for some fun (and messy) times. Adams has saltwater tanks where his family collects amazing reef fish, crabs, snails, starfish, coral, etc.