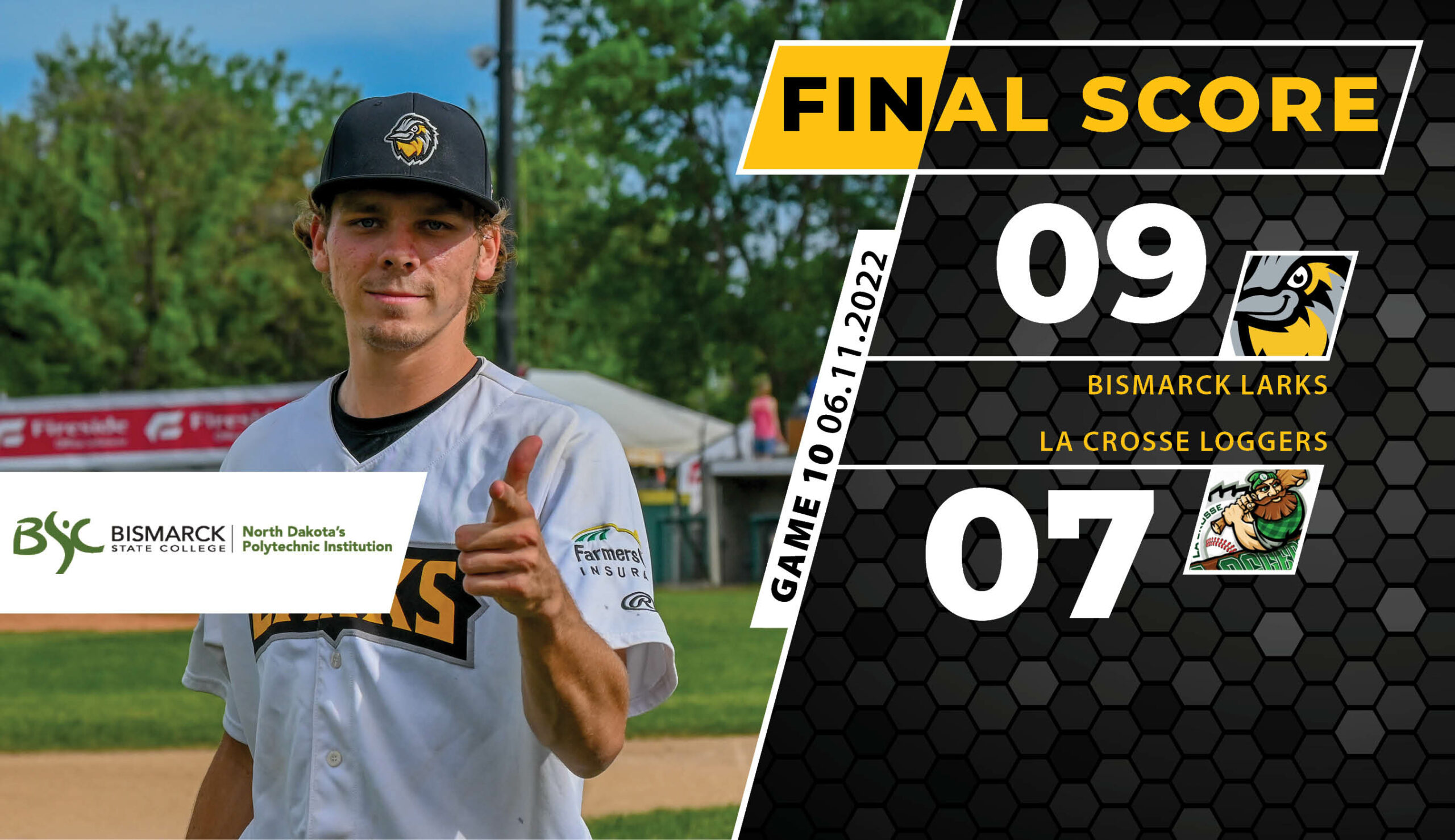 The Bismarck Larks took down the La Crosse Loggers, 9-7, in a textbook definition of a barn burner. Tonight’s game was presented by Bismarck State College. It was a whole lot of yellow around the ballpark for Minion Night at DCBT Field.

On the hill for the Larks, Joseph Kalafut (Edgewood College) got the start and struck out two. He recorded the Metro Area Ambulance Fastest Pitch of the Game at 89 mph. Justin Goldstein (Middle Tennessee State) got the win on the mound, pitching one and third innings, allowing one run, and striking out one.

For the Loggers on the mound, Carter Seabrooke (Howard CC) got the start and only went an inning and two-thirds, allowing two earned runs and two walks. The Larks put up four runs on Grady Gorgen (Troy University) forcing two hits and walking two as well.

The Larks at the plate today had the bats rolling. Reggie Williams (Colorado State University-Pueblo) delivered a two-out base hit that scored two in the bottom of the second to give the Larks the lead. Daryl Ruiz (CSU – San Bernandino) went for an almost perfect three for four with two doubles, an RBI, and two runs scored. Garrett Macias (CSU – San Bernardino) provided a clutch RBI double in the bottom of the seventh that cut the Larks deficit to one. Macias also delivered the Fetzer Electric Play of the Game with a diving catch from behind the plate.

The Loggers saw good performances from Coby Morales (University of Washington) who went three for five at the plate with one RBI and two scored runs. Connor Walsh (Rice University) also went two for four at the plate with two RBIs.

Nate Boyle (Drury) came in relief for the final four outs of the game, pitching a perfect inning and a third striking out three including the final batter Jordan Donahue (University of Hawaii) to clinch the victory.

The Larks are back at home for the third game of a four-game series for Family Fun Day Sunday, presented by BNC National Bank, against the Loggers. You can watch the game streaming live on NWLTV. You can also watch the game on KFYR-TV across North Dakota.