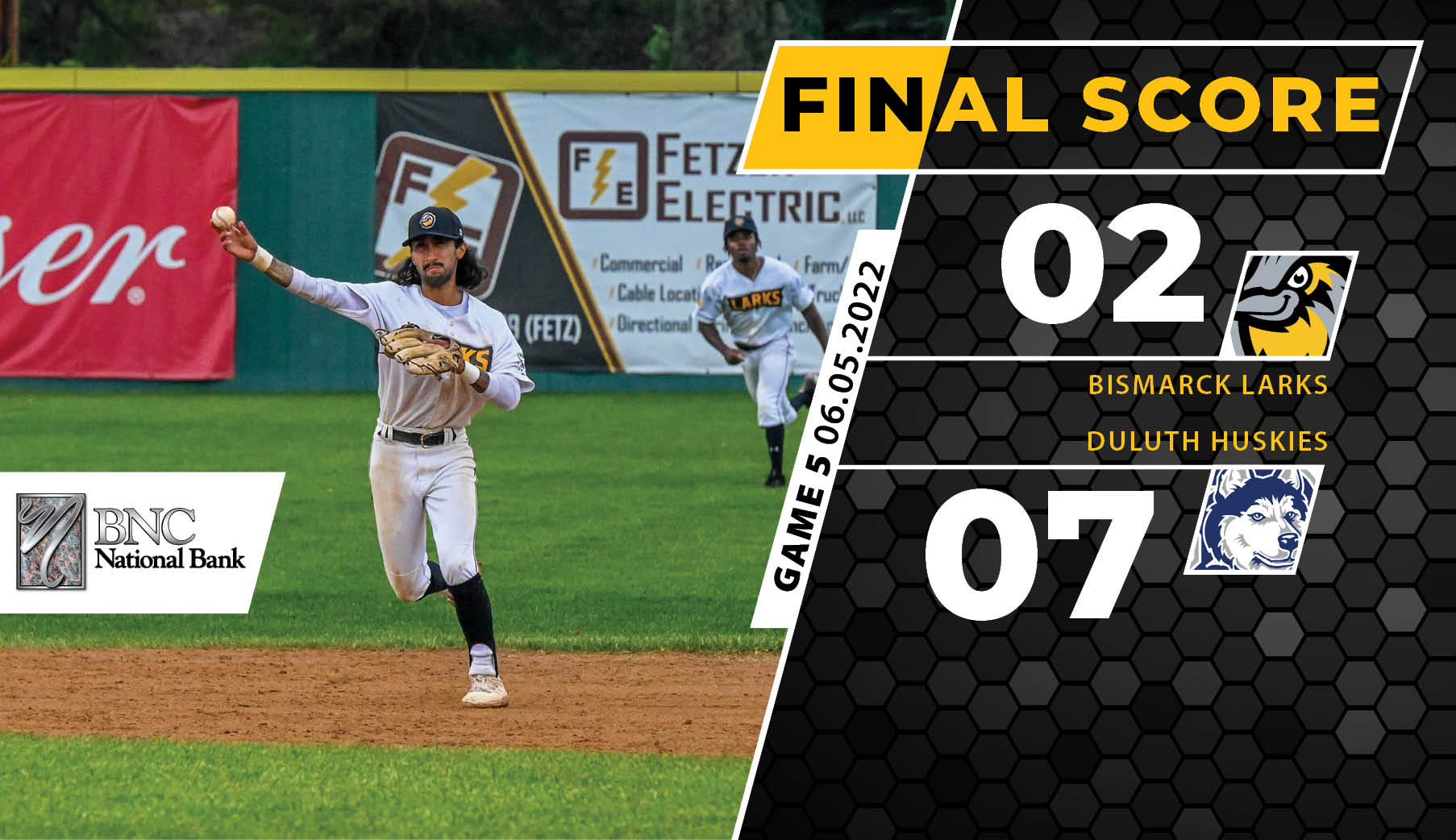 The Bismarck Larks fell to the Duluth Huskies in the first game of a two-game series, 7-2.

On the hill for the Larks, Morgan Mccloud (Texas Wesleyan University) pitched for a strong five innings, allowing only one earned, four hits, and striking out an impressive seven batters. Jordan Sagedahl, in relief, delivered the Metro Area Ambulance Fastest Pitch of the Game at 90 mph.

The Larks at the plate today hit for a total of six hits. Tommy Takayoshi (Pierce College) in his first start, went two for three with a single and delivered the Fetzer Electric Play of the Game with an RBI double in the eighth inning. Garrett Macias (CSU San Bernardino) continued his hot streak going one-for-three, and came around to score in the eighth inning.

The Larks are back in action tomorrow at 6:35 PM on ESPN+ for the series and homestand finale versus the Duluth Huskies.