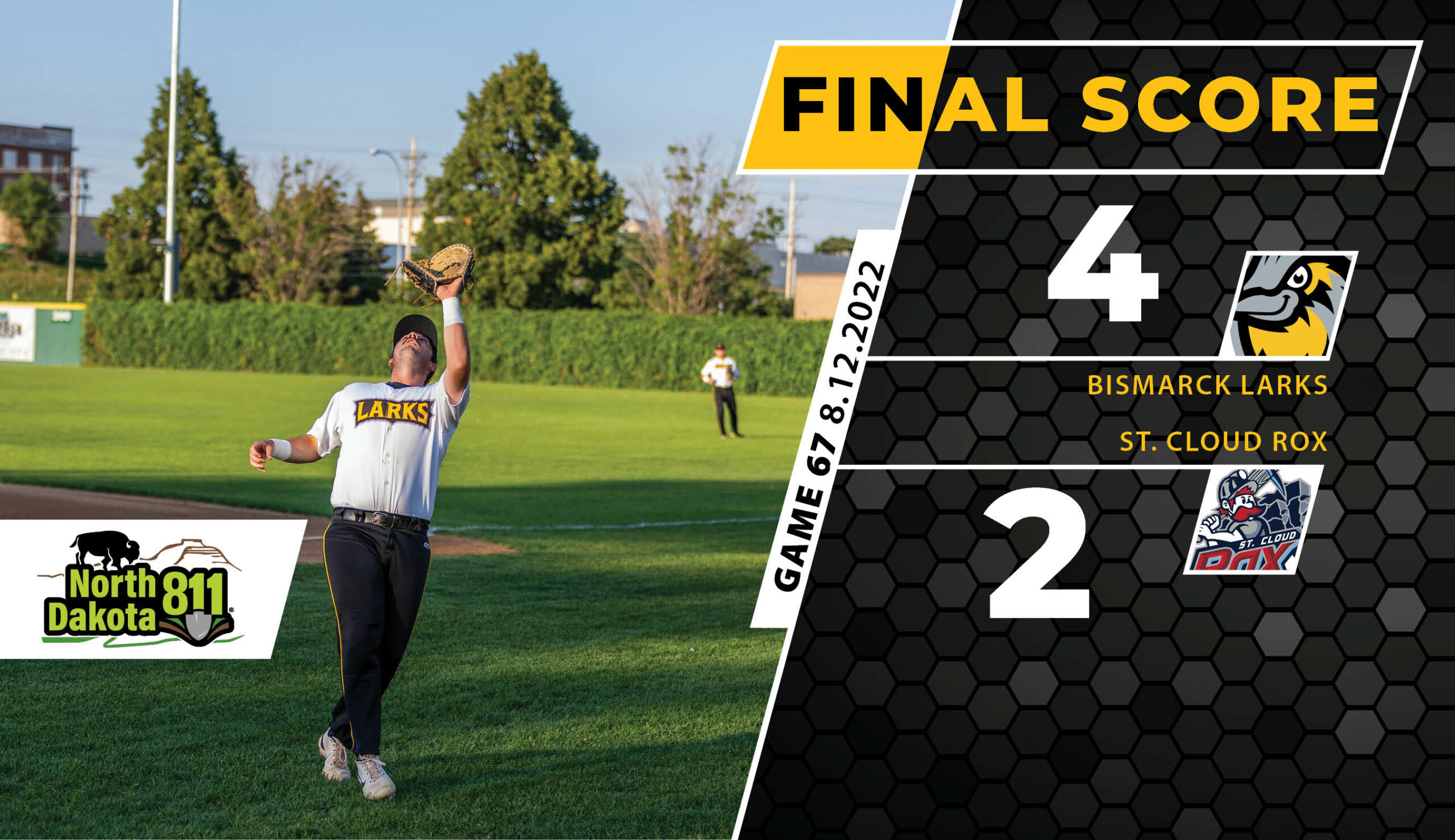 The Larks took game one of the final series of the year against the St. Cloud Rox, 4-2. Throughout the game, participants for 811 Night participated in elimination games in-between innings to see which lucky fan would get the chance to dig for $5,000 cash in the 7th inning.

On the field, Bismarck won in a heroic fashion after an excellent performance from Jake Hjelle (Minnesota-Crookston) in the field and in the batter’s box. Down by two runs in the bottom of the seventh inning, Hjelle delivered a three-run home run, for his team-high 7th home run of the year to take the lead for the Larks. That home run finished as the Fetzer Electric Play of the Game.

The Larks saw great performances from Luke Glascoe (UC-San Diego) who went two-for-two with a double, and also reached base in all four at-bats he saw.

Reggie Williams (CSU-Pueblo) delivered his 21st RBI in the bottom of the eighth, a knock that scored Kaiden Cardoso (Minot State) and added an insurance run for the Larks pitching staff.

On the mound, Austin Luther (Wittenburg) finished with three strikeouts in five innings and allowed only two runs. Alec Danen (Viterbo) saw a great performance out of the bullpen as well. Danen went three innings, allowed no runs and struck four of the 13 batters he faced. He also delivered the Metro Area Fastest Pitch of the Game at 89 mph.

Aiden Adams (Tarleton State) pitched a great game for St. Cloud as well, after not allowing a run for the first six innings of the game. Adams struck five batters and gave up only four hits.

The Larks are back in action for the final time this season as they take on the St. Cloud Rox tomorrow at 6:35 pm. Tickets are sold out, but you can catch the game for FREE on the Northwoods League Baseball Network.

Bismarck is celebrating the LASIK Promotion winner, presented by Dakota Eye Institute on Superhero Night. Plus — fans will be treated to the final post-game fireworks show of the year, powered by Fetzer Electric.