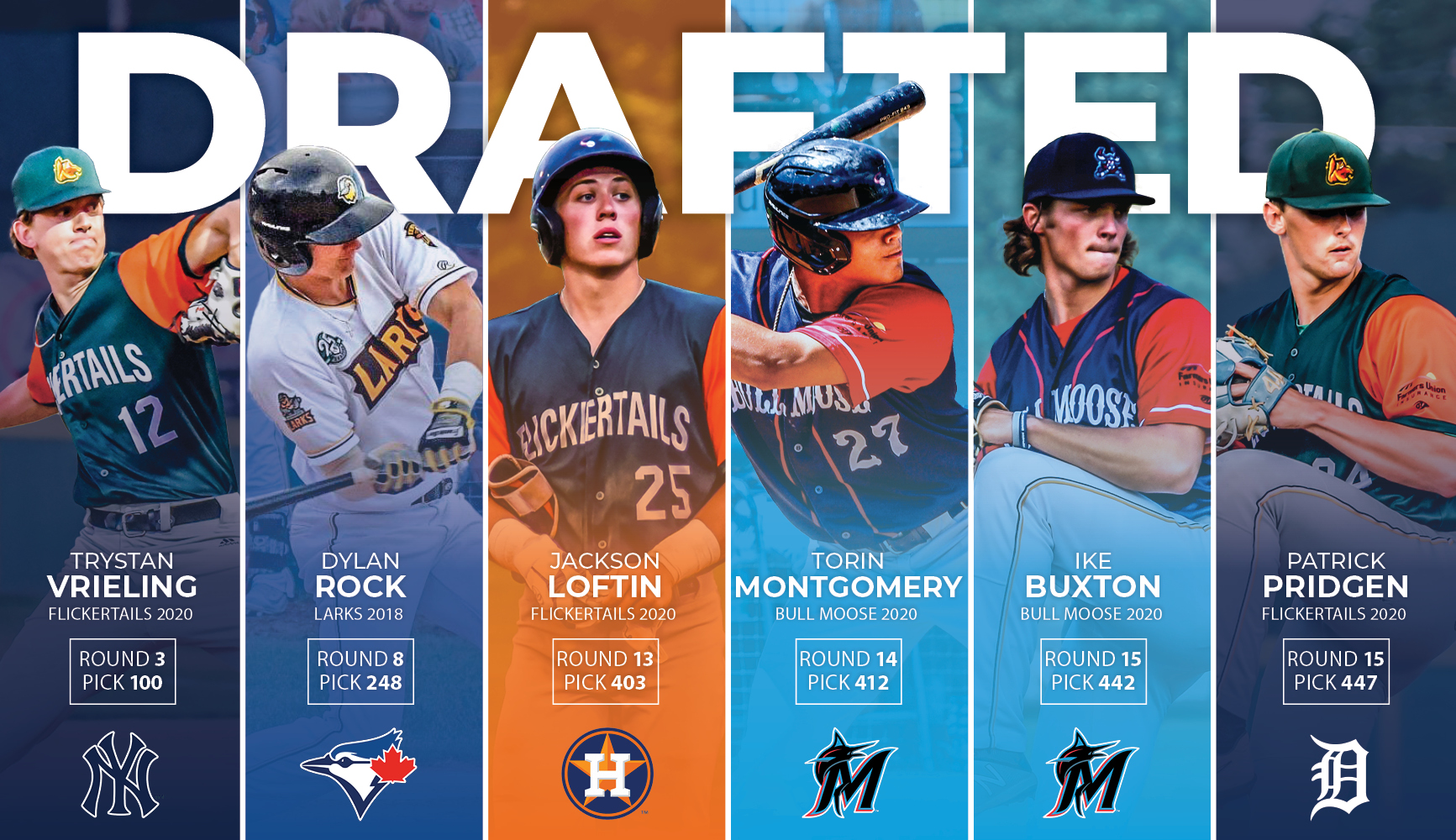 The Bismarck Larks came away with six former players who were drafted by MLB teams when the 2022 Major League Baseball First-Year Player Draft in Los Angeles wrapped up on July 19.

With a mix of former Mandan Flickertails, Bismarck Bull Moose, and Bismarck Larks alumni, the six players drafted in one year is a franchise record for the Larks. Former Flickertails pitcher Trystan Vrieling (Gonzaga) became the highest overall draft pick in Larks history when he was picked 100th overall in the third round to the New York Yankees. Trystan pitched in the inaugural North Dakota pod season opener on June 15, 2020 and was credited with the loss.

11 former Larks, Flickertails, or Bull Moose players now have been drafted. The succesful MLB Draft for Bismarck comes after a summer where multiple Larks signed contracts in independent or professional baseball.

The six Bismarck players drafted were just a small fraction of the 93 total players drafted that spent time in the Northwoods League. You can view the full list here: 2022 NWL & MLB Draft.

Of the 93 players drafted, 21 of them had played in the NWL Major League Dreams Showcase. The Showcase brings together 100 of the Northwoods League’s top prospects to form four teams for a day of scouting workouts and double-header action. Played in front of Major League scouts, the Showcase provides an invaluable platform for players looking to one day make it into the professional ranks. Participating players are hand-selected by a panel of MLB scouts, distinguishing this event from the more traditional All-Star Game format that features representatives from every team. This year’s Major League Dreams Showcase will be held on August 2 in La Crosse.

As the Northwoods League and Larks baseball continue through the 2022 season, fans everywhere can take advantage of games streamed each night on ESPN+ and at watchnwl.com. Games are viewable on PC or on mobile devices, tablets, and select smart TV services.