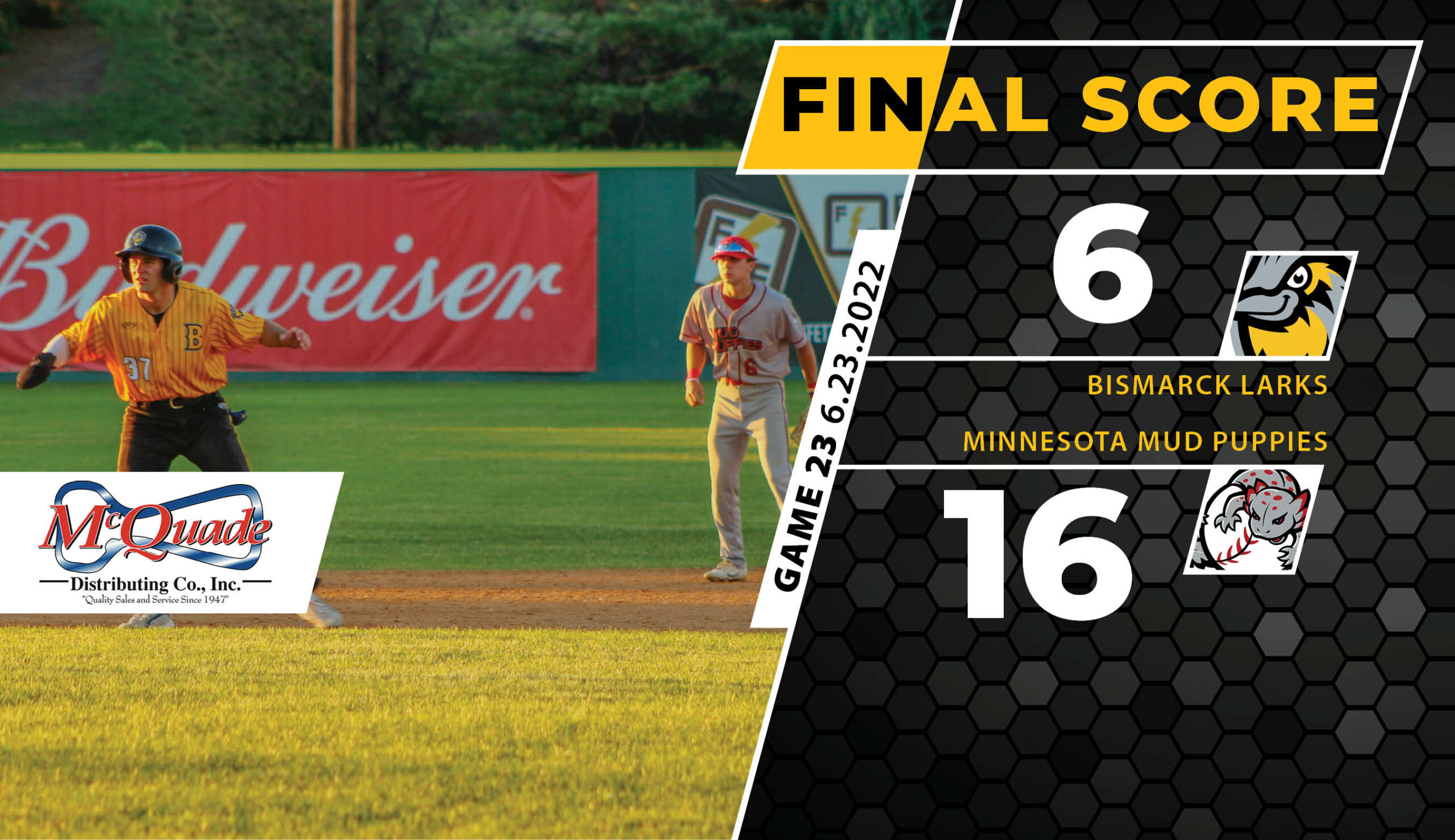 The Bismarck Larks dropped the third game of a four-game series to the Minnesota Mud Puppies, 16-6. Tonight’s game was sponsored by McQuade Distributing for the USA Patriots game.

On the hill for the Larks, Kiké Morales (Georgetown College) and Kaiden Cardoso (Minot State) both had impressive performances allowing no earned runs, one hit, and two strikeouts. Kai Hori (San Mateo) also pitched well, going an inning and two-thirds, allowing one earned run and striking out one.

The Larks saw the bats come alive in the second half of the ball game. Spencer Sarringar (Northern State) went one for four with a two-RBI double — the Fetzer Electric Play of the Game — and a sacrifice fly scoring a run in the seventh. Luke Glascoe (California – San Diego) and Adam Axtell (Point Loma) both made their first start of the season for the Larks, combining for two hits and three scored runs.

The Mud Puppies combined for 16 runs on 14 hits tonight. Four players finished with multiple RBI on the evening, including Ben Vujovich (St. Thomas) who drove in four runs on two doubles and came around to score three times as well. Every batter in the starting lineup scored for the Mud Puppies and got on base 26 times in 39 at-bats.

The Larks face off against the Mud Puppies for the final game of a four-game series tomorrow at 7:05 PM. Tomorrow’s game features post-game fireworks for Fetzer Firework Friday.