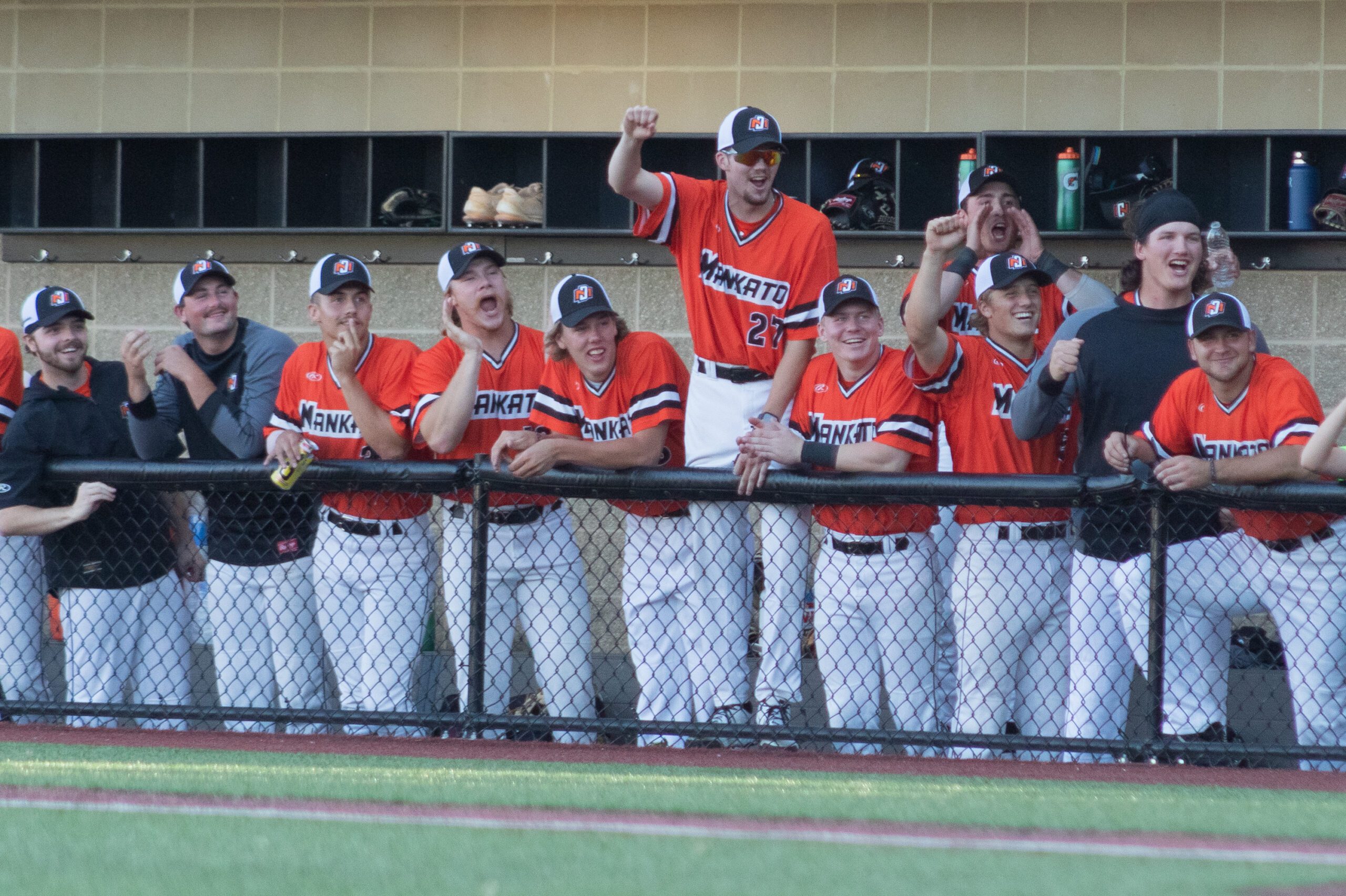 After Thursday’s games five teams sweep their two game series. With a thrilling 12 inning game the Minnesota Mud Puppies win their first game of the season against the Duluth Huskies. The Fond du Lac Dock Spiders and the St. Cloud Rox keep their win streaks going making their record 4-0. The Bismarck Larks also kept the bats hot, winning their first series of games at home.

The Kalamazoo Growlers bounced back from last night and took the win today 19-10 to split the two game series against the Battle Jacks. The Growlers bat’s were on fire, scoring in nearly every inning except for the third. Sam Kirkpatrick (College of the Holy Cross) led his team going 4 for 5 at the plate with a double, three singles, 2 RBI and one walk. Ryan Dykstra (Oakland University) had two hits on the day with a triple in the second inning that scored three runs. The pitching staff for the Growlers combined with a total of 17 strikeouts with Mason Majors (Drury University) on the mound for the win who pitched two innings with four strikeouts.

The Fond du Lac Dock Spiders rallied back for the second day in a row to beat the Green Bay Rockers 6-4. Nick Mitchell (Western Illinois University) continued his success with a fourth multi-hit game going 2 for 4 with an RBI and a walk. Kyte McDonald (Alvin Community College) and Anthony Frechette (George Washington) both had two hits. McDonald with a single, double and 2 RBI and Frechette with two singles and an RBI. The Spiders improve to a franchise-best 4-0 start to the year.

The Minnesota Mud Puppies had their first win of the season in a thrilling 12 inning game against the Duluth Huskies 7-6. The Mud Puppies struck first in the fourth inning, breaking the pitcher’s duel. Cam Hunter (Highland Community College) went 3 for 4 along with a home run, 2 RBI and a walk. Alex Wattermann (University of Minnesota- Duluth) had the win on the mound and threw 3.1 innings with five strikeouts and allowed only one hit. The Mud Puppies scored their final run in the 12th on a wild pitch that split the two game series.

The Wisconsin Rapids Rafters rallied in the eighth inning to beat the Madison Mallards 8-6. The Rafters had disciplined at bats and drew eight walks throughout the game. Ben Ross (Notre Dame College) went 3 for 4 with two singles, a home run and two RBI. Ross led his team with hits and received player of the night for the Northwoods League. The Rafters win their second game at home and are now 3-1 on the season.

The Woodchucks defeated the Chinooks 5-0 to split the two game series. Jared Burch (Houston Baptist University) threw a scoreless game in six innings throwing eight strikeouts and allowed only one hit. Burch made his first appearance on the mound today and won Northwoods League Pitcher of the Night. Tim Conway (University of North Georgia) went 3 for 4 with a double to start the second inning and another in the sixth.

The Kenosha Kingfish split the two game series against the Kokomo Jackrabbits 8-7. The Kingfish rallied back in the eighth inning as Gage Williams drove a two run double to center field to put his team ahead. Kevin Bushnell (Benedictine University) went 3 for 5 on the ninth with three singles and an RBI in the fifth. Luke Ellis (University of Mississippi) has the win on the mound with four strikeouts in 2.2 innings receiving his second win of the season.

The Bismarck Larks took the sweep against the Rochester Honkers 6-5 making it their second win of the season. Luke Hempel (California State University, San Bernardino) received his first win on the mound throwing 2.2 innings with 5 strikeouts. The Larks came out hot, scoring three runs in the first inning, drawing four walks and an RBI single by Spencer Sarringar (Northern State University). To keep the bats going A.J Barraza (California State University, San Bernardino) doubled in the second going 2 for 4 with one RBI.

The Rockford Rivets bounced back tonight against the Traverse City Pit Spitters winning 7-2. Heading into the 5th inning 2-2 the Rivets broke through scoring five runs to take the lead. Ty Crittenberger (Western Kentucky) drove a double to center field to score two runs with his second hit of the day. Colton Klein (Carthage College) led his team with hits going 3 for 4 with a double in the 5th.

The St.Cloud Rox took the series tonight against the La Crosse Loggers 6-2. The Rox struck first with Magnum Hostetter (University of Hawaii) hitting a double, scoring their first two runs. After the Loggers scored a run in the sixth the Rox’s responded with four more in the seventh with a triple by John Nett (St. Cloud State University) scoring the first run of the inning. Johnny Dow (Georgia State University) had his first start of the season and threw four innings with four strikeouts giving up three hits and zero earned runs.

The Mankato MoonDogs rally back after last night to split the series against the Waterloo Bucks 13-4. With runners on first and third in the first inning Sean Ross hits a sac fly to score the first run of the game. Ross later hit a home run in the 5th scoring 3 more runs. Orlando Salinas also had a productive night at the plate going 2 for 5 with 5 RBI. The MoonDogs improved their record to 3-1 on the season.

The Eau Claire Express sweep the Willmar Stingers 3-2 in their two game series. Cole Conn (University of Illinois at Chicago) started the game off with a single to right field and later scored on a sac fly.  Conn led the team with two hits.With a runner on first in the second inning Reed Latimer (University of Montevallo) drove in another run, doubling to center field. A tied ball game in the ninth with bases loaded Clay Conn (University of Illinois at Chicago) drew a walk bringing in the winning run of the game.