Wisconsin Rapids Rafters Lead The League With A 11-1 Record 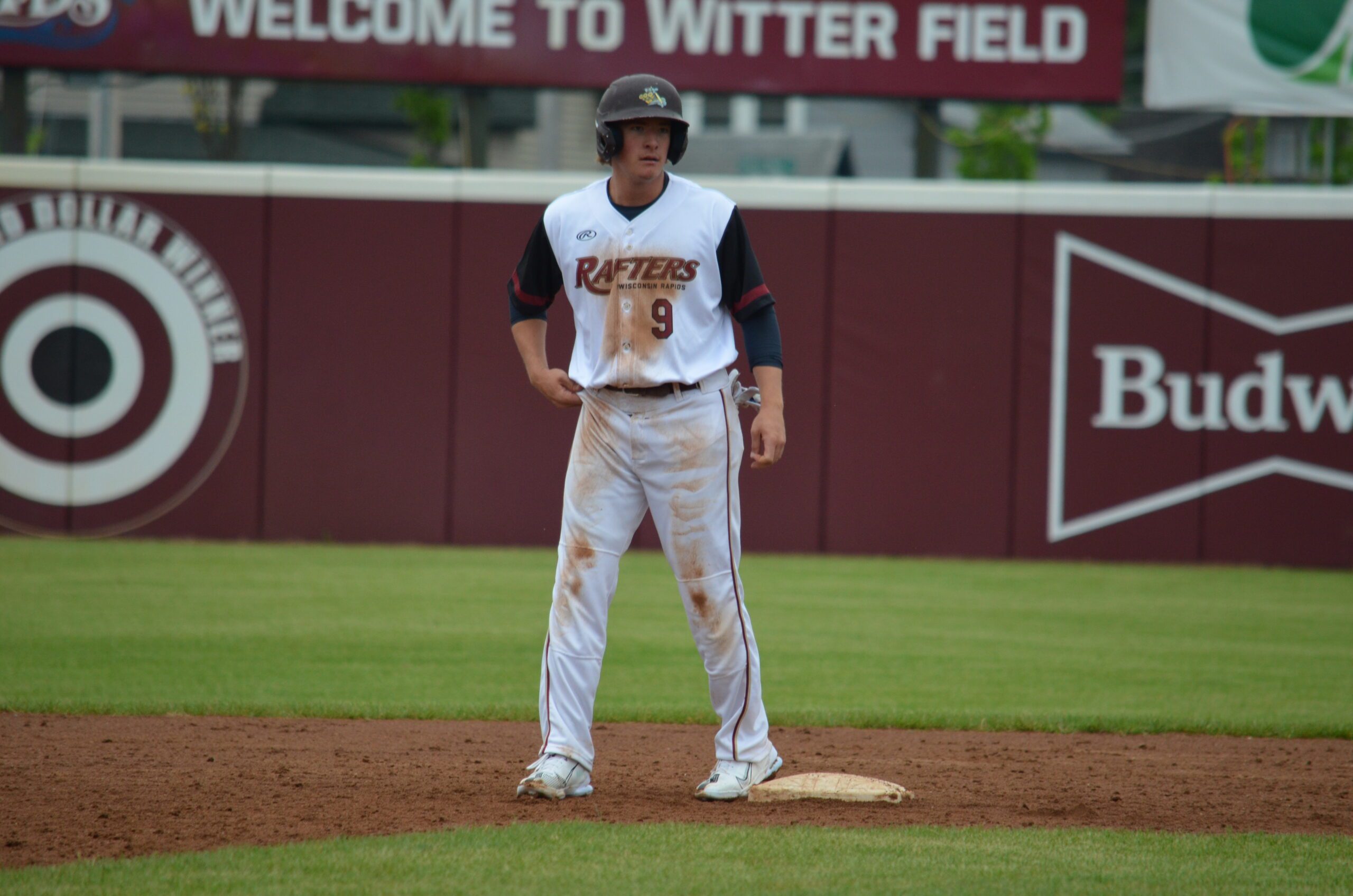 After their 11th win of the season the Wisconsin Rapids Rafters now lead the league with a record of 11-1. Following the Rafters, the St.Cloud Rox bounced back to receive their 10th win. The Rochester Honkers and the Lakeshore Chinooks both won their first two game series of the season.

The Madison Mallards split the series taking the win against the Wausau Woodchucks 4-3 tonight. Jan Rollon (Southern University and A&M College) scored the first run for the Mallards with a single to get on base and later reached home on a wild pitch. Rollon went 2 for 3 with a home run and one single. Christian Rivera (Erskine College) also went 2 for 3 and homered in the fourth inning to score the third run of the game.

The St.Cloud Rox bounced back defeating the Duluth Huskies 10-5 to receive their 10th win of the season. The Rox scored in almost every inning with eight hits combined on the night. Josh Cowden (Brigham Young University) and Charlie Condon (University of Georgia) both had two hits including a double and RBI each to lead their team. John Nett (St. Cloud State University) had two singles, two walks and scored three times he reached base.

The Battle Creek Battle Jacks two game two of the series against the Kenosha Kingfish 10-4. The Battle Jacks started hot, scoring three runs in the first inning with an RBI double by Jace Matkin (Madonna University). Matkin had one hit with two RBI and one walk. Patrick Mills (Indiana University Kokomo) was a key to the offense with two hits, one double, three RBI and two walks. Justin Graves (Vanguard University) had the win and was the starting pitcher throwing a complete seven innings with eight strikeouts and allowed only one run to score.

To win the series, the Traverse City Pit Spitters defeated the Kokomo Jackrabbits 3-2. Derek Clark (Northwood University) was the starting pitcher throwing six innings with nine strikeouts. Clark allowed only two runs to score and gave up four hits. Clark earned his first Northwoods League Pitcher of the Night award. The Pit Spitters generated three runs in the fourth inning with a lead off single by Christian Beal (University of Richmond) and an RBI single by Hunter Tabb (Southern University and A&M College).

The Rockford Rivets came out swinging to take the series against the Kalamazoo Growlers 16-2. Garrett Sheffield (Southeastern University) was the offensive leader going 3 for 4 at the plate with two doubles and four RBI. Ty Crittenberger (Western Kentucky) had two hits including a three run home run in the eighth inning. Matthew Mebane (South Georgia State College) also had three hits including two singles, a double and 1 RBI to add to the great start of his season.

The Lakeshore Chinooks defeated the Fond du Lac Dock Spiders 5-4 for the second night in a row. The Chinooks struck first in the third inning scoring three runs with an RBI double by Jack Firestone (Purdue University) and an RBI single by Caleb Bartolero (Troy University). The Chinooks scored their next two runs in the fourth with a single by Aidan Longwell (Kent State University) to start the inning who later scored on a fielder’s choice. Longwell led the team with two hits on the night.

The Mankato MoonDogs defeated the Eau Claire Express in another scoreless victory 3-0. Donovan Schultz started the game pitching, throwing 5.1 innings with five strikeouts and gaving up only one hit. The MoonDogs scored their first run of the game with an RBI single by Derek Shoen (University of Mary). Shoen had two hits and one walk on the night. Charles McAdoo (San Jose State University)  provided the next run with a home run over the left field fence in the third inning. Sean Ross (Indiana State University) followed it up with an RBI single to give the MoonDogs their final run of the game.

The Willmar Stingers win the series after taking down the Waterloo Bucks 6-3. The Stingers took the lead with an RBI single by Joey Walls (University of Nevada, Las Vegas) in the first inning. Drey Dirksen (Augustana University) led his team with three singles and two RBI. JT Navyac (California State University, Fullerton) had two singles and scored once as he reached base. Sam Malec (University of Minnesota) threw seven innings on the mound and allowed three runs to score.

The Rochester Honkers defeated the Minnesota Mud Puppies 9-6 for the sweep. Jakob Guardado (Pasadena City College) and Alex Ritzer (University of North Carolina at Chapel Hill) both had three hits to lead their team. Ritzer had two RBI and scored each time he reached base. Will Asby (Sacramento City College) hit his first home run of the season and the only home run of the night. Nate Chester (John A. Logan Community College) had two hits including a lead off single in the bottom of the first to start the offensive for his team.

To split the series the Bismarck Larks took down the La Crosse Loggers 9-7. Daryl Ruiz (California State University, San Bernardino) led his team with three hits including two doubles, one RBI and one walk. Jackson Beaman (University of Missouri) had two hits with a double in the third inning. The Larks rallied back to score four runs in the seventh inning with a RBI double by Garrett Macias (California State University, San Bernardino) to start off the inning.