Wisconsin Rapids Rafters Lead The League With A 16-2 Record 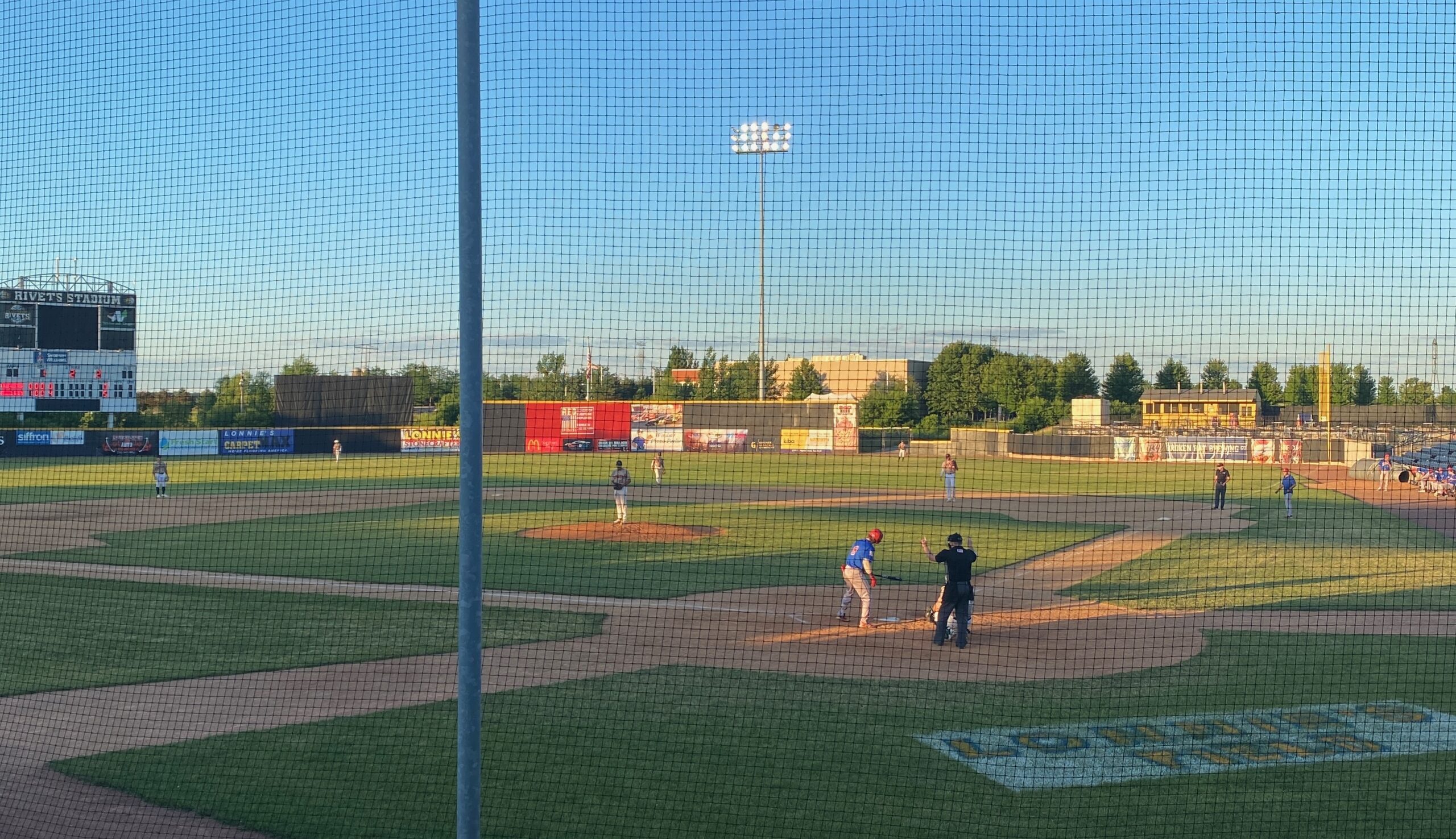 The Kalamazoo Growlers, Kenosha Kingfish and La Crosse Loggers continue their win streaks to work their way to the top of the leader boards. The Wausau Woodchucks rally in an 11 inning ball game to give them their ninth win of the season and to continue to work their way to a winning record. The Wisconsin Rapids Rafters are the leading team in the league with a 16-2 record.

The Kalamazoo Growlers take the first game of the series defeating the Battle Creek Battle Jacks 11-8. As the Growlers rallied back they scored their last three runs in the top of the 10th inning. Luke Storm (Duke University) drove a double to left field to score the first run of the inning. Storm had three hits on the day leading his team with four RBI. Edgardo Villegas (University of Miami) reached base five times with three hits, two walks and one RBI.

The Kenosha Kingfish took the first win against the Kokomo Jackrabbits 11-3. Josh Leslie (McNeese State University) scored the first run of the game with an RBI double. Leslie had three hits with a single, double, triple and two RBI. Anthony Mangano (University of Iowa) and Michael Dallas (University of Kentucky) both had three hits with two RBI by Dallas. Robbie Dudzinski (Benedictine University) had the win on the mound throwing four innings with four strikeouts giving up zero hits.

The Rockford Rivets started the series with a win against the Green Bay Rockers 9-5. Ricky Castro (Purdue University) threw a scoreless seven innings with three strikeouts and gave up only one hit. Ben Brantley (Louisiana Tech University) had two hits with the only home run scoring two RBI. Ty Crittenberger (Western Kentucky) and Dylan Robertson (Iowa Western Community College) both had two hits and two doubles. The Rivets out hit Rockford with a total of 10 hits.

The St.Cloud Rox shut out the Mankato MoonDogs 11-0. Brayden Gainey (University of Alabama) threw the first five innings giving up only three hits with three strikeouts. Charlie Condon (University of Georgia) led his team with two hits and three RBI. Brice Matthews (University of Nebraska) and O’Neil Burgos (Southern University and A&M College) both had two hits and a double each. The Rox scored three runs in the sixth, seventh and ninth innings.

The Wisconsin Rapids Rafters earn their 16th win of the season as they beat the Madison Mallards 12-4. The Rafters struck first, scoring three runs in the first inning. Ben Ross (Notre Dame College) scored the first runs of the day with a home run over the left field fence. Ross had three hits with three walks and four RBI. Garrett Broussard (Utah Valley University) had the second home run of the first inning with two RBI overall. Jacob Igawa (University of Hawaii) and Harry Owen (Consumnes River College) both had two hits with a double.

The Rochester Honkers took down the Minnesota Mud Puppies 4-2. Zachary Meddings (San Joaquin Delta College) went two for four with a double and two RBI. Will Asby (Sacramento City College) and Jakob Guardado (Pasadena City College) both had a hit each with one RBI. David Rodriguez (San Joaquin Delta College) had an outstanding performance on the mound throwing the first six innings with seven strikeouts and allowed only two runs to score.

The Bismarck Larks rallied back to take the win against the Waterloo Bucks 7-5. Dylan Perry (Kaskaskia College) led his team with three hits, a double, one walk and three RBI. Aaron Mann (Drury University) hit the other double of the night with a total of two hits and one RBI. Justin Goldstein (Middle Tennessee State University) had the win on the mound throwing three innings four strikeouts allowing only one run to score.

The Lakeshore Chinooks battle to take down the Fond du Lac Dock Spiders 11-6. The Chinooks came out hot, scoring the first four runs of the game in the first inning. Michael Seegers (University of Iowa) had the first hit scoring on an RBI by Matthew Deprey (Xavier University). Josh Johnson (Kent State University) drove in two runs with an RBI single. Caden Kaiser (Ohio State University) stole four bases with three walks and one hit reaching base four times.

The Willmar Stingers earn their 12th win of the season with a victory over the Duluth Huskies 10-6. The Stingers had a total of 13 hits with three from Will Busch (North Dakota State), Nick Terrell (Ripon College) and Will Hodo (University of Alabama). Terrell had two homes with a total of four RBI. Hodo hit two singles and a double with three RBI. Sam Malec (University of Minnesota) had the win on the mound throwing six innings with three strikeouts.

The La Crosse Loggers win their sixth game in a row against the Eau Claire Express 7-5. The Loggers rallied back, scoring three runs in the fourth and seventh innings. Brennan Holt (Louisiana State University) and Carson Hornung (University of South Carolina) both had doubles each to score two RBI. Landon Wallace (University of Nevada, Reno) and Xavier Casserilla (Wichita State University) both had two hits on the night.