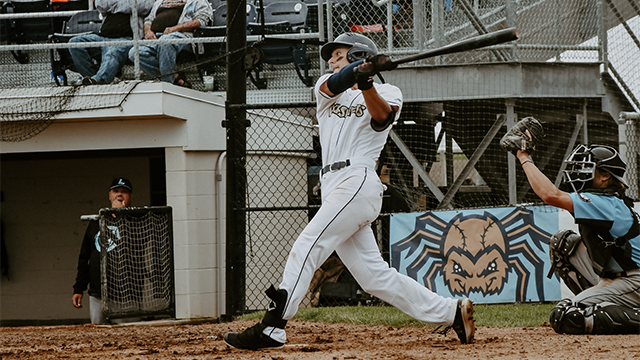 Saturday’s Northwoods League game ended with eight teams sweeping their series. Two games went into an extra 10 inning game with the Kokomo Jackrabbits and the Wisconsin Rapids Rafters walking off to get the win. The Kalamazoo Growlers and the La Crosse Loggers continue their win streaks and now have a winning record.

The Kalamazoo Growlers sweep the Battle Creek Battle Jacks 7-6. The Growlers scored the first runs of the game in the second inning. Gabriel Gutierrez (University of Miami) had two hits including a double, triple and an RBI. Luke Storm (Duke University) hit a double in the sixth inning scoring the third run of the game. Storm had two walks and three RBI to lead his team.

The Kokomo Jackrabbits defeated the Kenosha Kingfish 3-2 to split the series in a 10 inning game. Alejandro Holguin (University of South Carolina – Upstate) went 3 for 5 at the plate with one RBI. Carlos Hidalgo (St. John’s University) had two hits with one walk to get on base. The team together has eight hits with four stolen bases. Braydon Tucker (Indiana University) and Hector Garcia (Hope International University) both pitched five innings with eight strikeouts each.

The La Crosse Loggers sweep the Eau Claire Express 9-5. Mac Danford (Enterprise State Community College) led his team going 2 for 5 with a double and two RBI. Connor Walsh (Rice University) had the second double of the night with two walks and scored twice as he reached base. Grady Gorgen (Troy University) had his fourth win on the mound throwing four strikes in 1.2 innings.

The Rockford Rivets rallied back to take the sweep against the Green Bay Rockers 6-2. The Rivets took the lead in the seventh inning scoring their final four runs. Ben Brantley (Louisiana Tech University) had a multi hit game with two singles and two RBI. Brandon Bannon (University of Illinois at Springfield), Brody Harding (University of Illinois), Colton Klein (Carthage College) each had a hit piece.

The Wisconsin Rapids Rafters stay hot winning their 17th game against the Madison Mallards 4-3. The Rafters rallied back in 10 innings with a walk off by Jacob Igawa (University of Hawaii) scoring two runs. Brendan Bobo (California State University, Fullerton) scored the first run of the game in the bottom of the first inning with an RBI single. Ben Ross (Notre Dame College) led his team with two hits and one walk scoring once as he reached base.

The Fond du Lac Dock Spiders split the series taking the win against the Lakeshore Chinooks 5-1. Kaleb Hill (Charleston Southern University) had the win on the mound throwing seven scoreless innings with four strikeouts. Kyte McDonald (Wichita State University) went 2 for 4 with three RBI scoring the most runs for his team. Stephen Schissler (Nova Southeastern University) had two doubles with one stolen base scoring three times he reached base.

The Willmar Stingers won the series against the Duluth Huskies 3-2. Zac Corbin (Kennesaw State University) scored the first run of the game with an RBI single. The Stingers took the lead in the seventh inning with a home run by Will Hodo (University of Alabama). Jack Habeck (St. Cloud State University) had an outstanding performance on the mound throwing a complete game with seven strikeouts allowing only two runs to score.