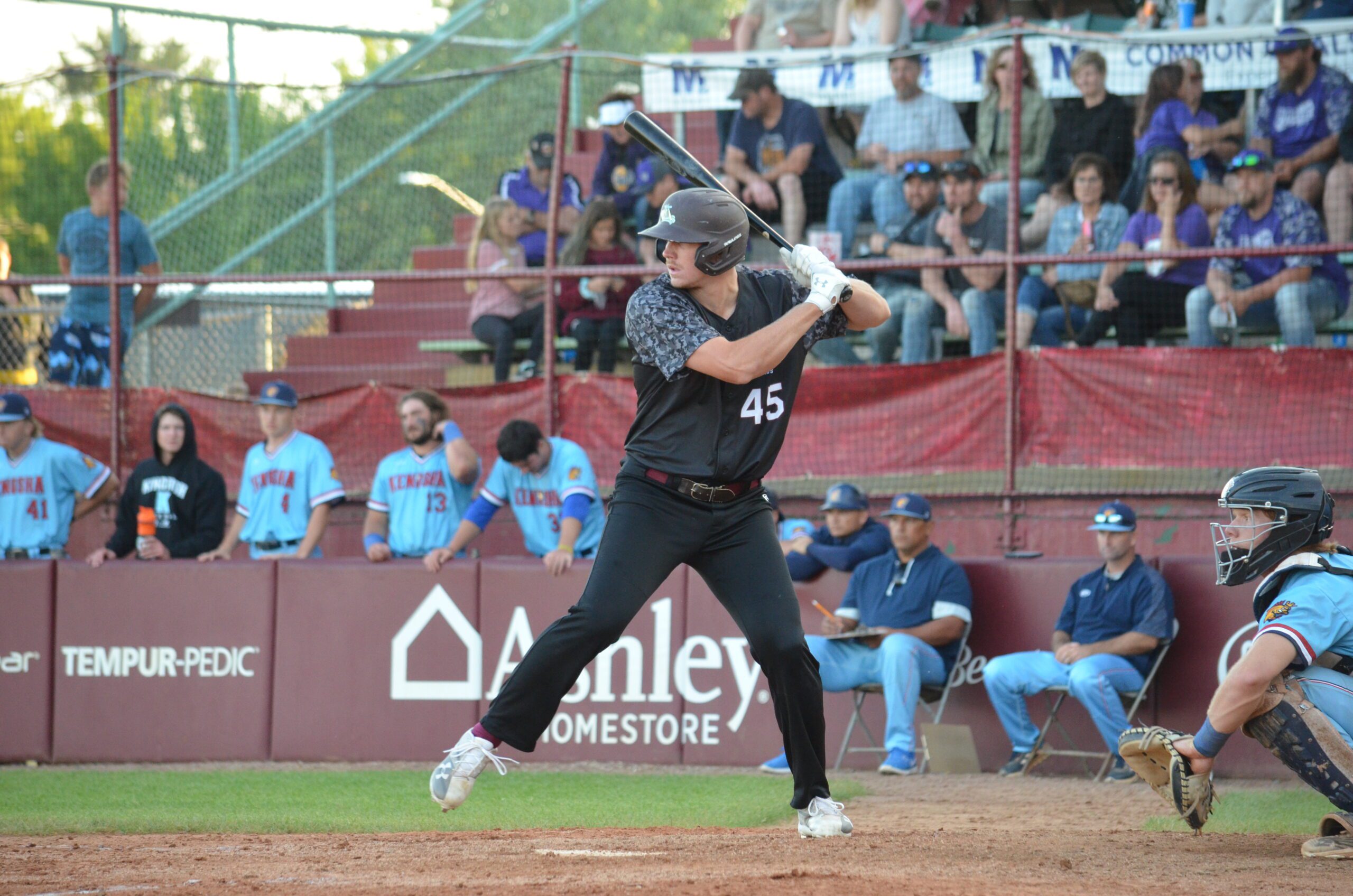 With the Minnesota Mud Puppies winning their second game in a row they were able to take their first sweep of the season. The Wisconsin Rapids Rafters stay hot winning their seventh game in a row giving them a record of 21-2. The Rafters are currently in the lead with wins followed by the St.Cloud Rox as they won their 18th game tonight.

The Kenosha Kingfish won the series against the Battle Creek Battle Jacks 5-2. The Kingfish scored the first run of the game with an RBI double by Drake Westcott (University of Louisville). Westcott had two hits with a walk. The Kingfish scored four more in the fifth inning with an RBI single by Ian Collier (Grayson College) scoring two runs. Brady Counsell (University of Minnesota) contributed to the offense with two hits, a double and two walks.

The Kalamazoo Growlers split the Series with the Traverse City Pit Spitters 7-4. Adam Wheaton (Lamar University) earned Northwoods League Pitcher of the Night after throwing 7.2 innings with seven strikeouts. Griffin O’Ferrall (University of Virginia), Ethan Ruiz (Lamar University) and Ryan Dystra (Oakland University) all had three hits each with O’Ferrall driving a double in the third inning to score the first run of the game.

The Green Bay Rockers rallied back to split the series against the Lakeshore Chinooks 7-6. Tristin Garcia (Western Kentucky) led the team with two hits and a home run in the bottom of the ninth to walk off the game. Collier Cranford (Louisiana State University) had two hits with a double and one RBI. Keniel De Leon (Long Island University – Brooklyn) and Shane Gipson (University of Richmond) both had two singles, scoring once as they reached base.

The Mankato MoonDogs bounced back to take the win against the Willmar Stingers 5-2. The MoonDogs scored their first two runs in the second innings with an RBI single by Boston Merila (University of Minnesota). Derek Shoen (University of Mary) crushed a home run in fourth innings to score the third run of the game. Drew Buhr (Bellarmine University) had the win on the mound throwing six complete innings with eight strikeouts and allowed two runs to score.

The Wausau Woodchucks split the series against the Madison Mallards 13-2. Brent Widder (University of Evansville) had three hits with a double scoring each time he reached base. Zach Levenson (University of Miami) had two hits including a double, a home run with three RBI and two walks. Ernesto Lugo-Csnchola (Salt Lake Community College) was the starting pitcher, throwing four innings with four strikeouts and allowing only one run to score.

The Duluth Huskies slit the series with a win over the La Crosse Loggers 9-1. Kristian Campbell (Georgia Tech) earned Northwoods League Player of the Night after having three hits with a single, double and a home run with four RBI. Jonathan Vastine (Vanderbilt University) was successful at the plate with one hit,  three walks and a stolen base scoring twice. Harrison Kreiling (University Nebraska Omaha) had the win throwing 5.2 innings with six strikeouts and allowed only one run to score.

The Rochester Honkers rallied back to sweep the Waterloo Bucks 9-8. The Honkers scored first with an RBI single by Nico Regino (San Joaquin Delta College) to score two runs. Regino had three hits with a double and three RBI. Alex Pimentel (California State University, Long Beach) led the offense with two hits including a grand slam in the bottom of the second inning. Thaniel Trumper (Doane College) had the win on the mound with two strikeouts in the ninth inning.

The Wisconsin Rapids Rafters take another series with a victory over the Fond du Lac Dock Spiders 7-2. Seth Stroh (Wichita State University) went two for three with two home runs and a walk. Ben Ross (Notre Dame College) and Jacob Igawa (University of Hawaii) both had three singles each with an RBI by Igawa. Caden Favors (Wichita State University) had a great night on the mound throwing a scoreless four innings with eight strikeouts giving up one hit.