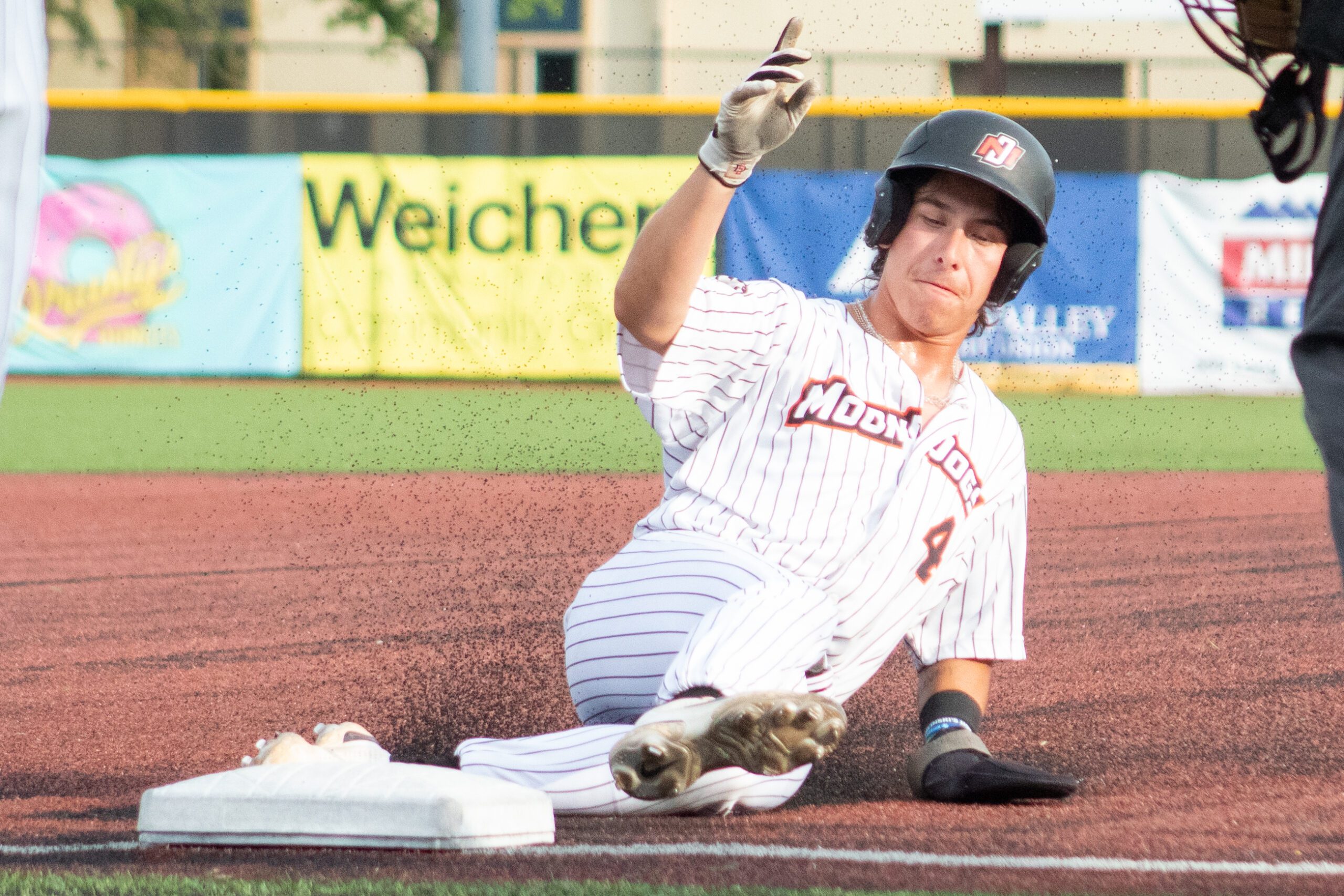 As Sunday night’s games came to an end, seven teams split their series. The Huskies rallied back to defeat the MoonDogs 7-0 with two of their players earning Northwoods League player/pitcher awards. Tomorrow’s Northwoods League action will consist of a home run challenge at Witter Field. The All Star game will be hosted by the Wisconsin Rapids Rafters Tuesday night at 7:00.

In an eleven inning game the Fond du Lac Dock Spiders defeated the Battle Creek Battle Jacks 4-3. Heading to the top of the 11th inning Nick Mitchell (Western Illinois University) was the first at bat driving a single to left field to score the final run of the game. Mitchell had two hits with three RBI on the night. Andrew Sojka (California State University, Northridge) and Branden Comia (University of Illinois) both reached base three times with two hits, a double and a hit by pitch. Aidan Mcevoy (Charlotte University) was the starting pitcher throwing four innings with five strikeouts giving up one hit. The Spiders combined for nine hits to earn the sweep.

The Green Bay Rockers bounced back to defeat the Kalamazoo Growlers 10-6. The Rockers scored five runs in the fifth inning with a home run by Justin Simpson (Central Michigan University) and RBI double by Jayson Willers (Morningside College). Simspon reached base twice and scored each time. Willers had three RBI with a walk and hit by pitch. Griffin Stevens (Tiffin University) led the team with four hits and two RBI. Tristin Garcia (Western Kentucky) contributed with three hits including a double, home run, three RBI and a stolen base. Giovanni Canales (Coppin State University) earned the win on the mound throwing three innings with four strikeouts giving up two hits.

The Traverse City Pit Spitters scored five runs in back to back innings to sweep the Rockford Rivets 10-6. Dallas Duarte (University of Hawaii) and Cody Hultink (University of Michigan) both had one hit each with two RBI scoring as they reached base. Camden Traficante (Stetson University) reached base three times with three walks and an RBI, scoring twice. The Pit Spitters had five hits with 13 walks. Jeremy Neff (University of Richmond) earned the win throwing the first three innings with four strikeouts.

The Wisconsin Rapids Rafters won their tenth game of the second half of the season against the Madison Mallards 9-4. The Rafters generated 12 hits with eight walks to sweep the Mallards. Mckinley Erves (LaGrange College) had three hits with a walk, stolen base and one RBI scoring twice as he reached base. Colin Tuft (University of Virginia) came into the game in the eighth inning to go two for two with two RBI and two stolen bases. Malakai Vetock (Creighton University) earned the win throwing two innings and did not allow a run to score.

The Kokomo Jackrabbits rallied back to split the series against the Kenosha Kingfish 5-4. The Jackrabbits scored four runs in the sixth inning with an RBI double by Jon Jon Gazdar (Chabot College) and RBI single by Mark Mcnelly (Seton Hall University). Gazdar had two doubles with two RBI. Ben Peters (Saddleback College) was the starting pitcher throwing three innings with four strikeouts. Tyler Horvath (Case Western Reserve University) came into the game to earn the win on the mound throwing three innings with three strikeouts giving up one hit.

The Lakeshore Chinooks struck first to split the series with the Wausau Woodchucks 5-4. With bases loaded in the bottom of the ninth inning, Matthew Deprey (Xavier University) was hit by a pitch to bring in the final run of the game. Michael Seegers (University of Iowa) led the Chinooks with three hits, a double, stolen base and two RBI. Stephan Hrustich (Northwestern University) had two hits with a walk to reach base three times. The Chinooks generated eight hits with eight walks to defeat the Woodchucks.

The Eau Claire Express won their ninth game of the second half of the season to split the series against the Waterloo Bucks 14-9. The Express scored ten runs in the fifth inning to take the lead. Jake Sapien (Stanford University) led the offense with four hits including a double and two RBI. Charlie Szkowny (University of Wisconsin – Stout) reached base five times with three hits, a walk and a hit by pitch. Reed Latimer (University of Montevallo) also had three hits with an RBI to score twice as he reached base. The Express generated 16 hits with eight walks to take the win.

The St.Cloud Rox defeated the Rochester Honkers 11-4 to split the series. The Rox scored four runs in the bottom of the fourth with a three run triple by Ethan Mann (Dallas Baptist). Mann had four RBI with two walks on the night. John Nett (St. Cloud State University) reached base six times with three hits including a double and three walks. Charlie Condon (University of Georgia) had a hit and a walk with one RBI scoring each time he reached base. Enrique Ozoa (Southern University and A&M College) closed the game throwing the last two innings with two strikeouts giving up zero hits.

The Duluth Huskies bounced back to split the series against the Mankato MoonDogs 7-0. Peyton Powell (University of Texas at Austin) earned Northwoods League Player of the Night going five for five with two RBI. Eduardo Rosario (University Nebraska Omaha) contributed to the offense reaching base three times with a hit, two walks and one RBI. Alex Potter (University Nebraska Omaha) earned the win on the mound throwing the first five innings with four strikeouts giving up only one hit. The Huskies generated 10 hits on the night with zero errors on the field to take the win.