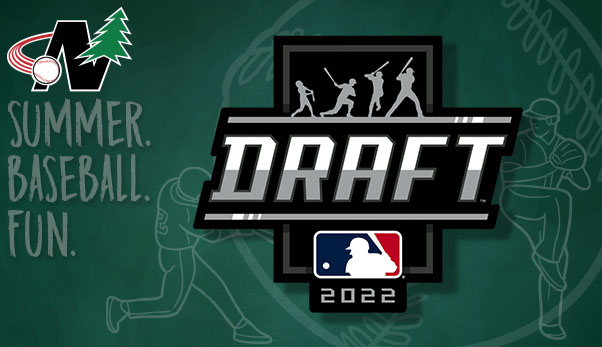 Rochester, Minn. – The 2022 Major League First-Year Player Draft was held July 17 through July 19. This year’s draft was twenty rounds with ninety-three Northwoods League players selected. There were also nineteen drafted players that were scheduled to play in the League but were not able to do so due to injury or other circumstances.

The highest Northwoods League alum picked in this year’s draft was Brooks Lee, a junior infielder from Cal Poly. Lee was picked in the 1st round by the Minnesota Twins with the 8th overall pick. Lee played for the Willmar Stingers in 2020.

The Waterloo Bucks had a league-high, eleven players drafted this year. The highest pick for the Bucks was pitcher Brycen Mautz from the University of San Diego. Mautz was selected by the Cardinals in the 2nd round. The Mankato MoonDogs had nine former players selected. The Chicago White Sox and the Houston Astros each selected a MLB high six Northwoods League players.

After playing the 2020 season due to pods being formed for play in Bismarck, Traverse City, Kalamazoo, and Kenosha the Bismarck Bull Moose, Mandan Flickertails, Great Lakes Resorters, Kalamazoo Mac Daddies and the K-Town Bobbers all had players selected.

As the Northwoods League continues the 2022 season, fans everywhere can take advantage of games streamed each night on ESPN+ and at watchnwl.com. Games are viewable on PC or on mobile devices, tablets, and select smart TV services.