The St.Cloud Rox Won Their Third Game In A Row With An Offensive Battle 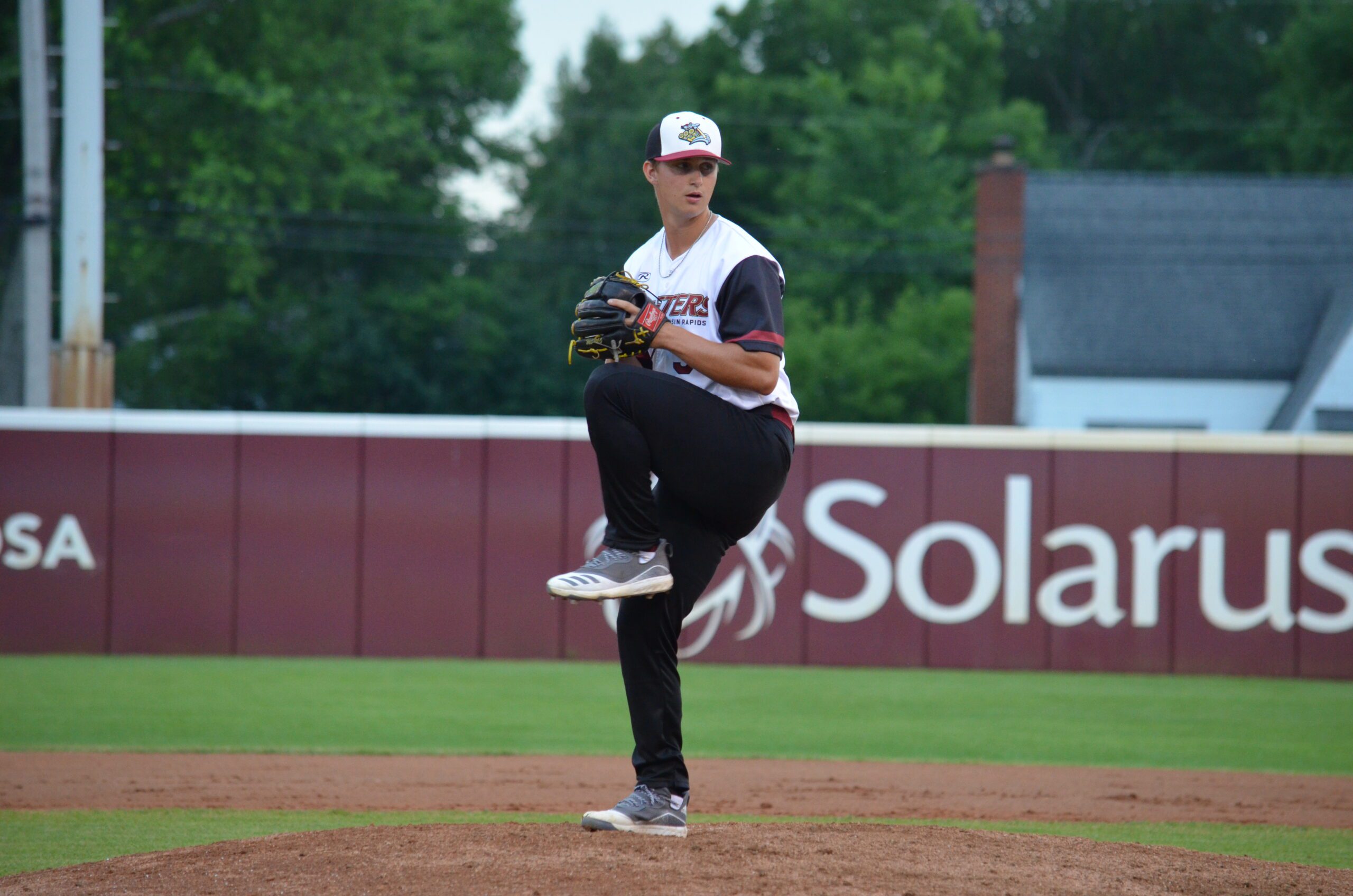 The Willmar Stingers continue their success with their 10th win in a row as they walk off their game with a home run. The St.Cloud Rox and the La Crosse Loggers have an offensive battle with Will Worthington (University of San Diego) leading the Rox with two home runs and seven RBI to lead his team to a win. The Lakeshore Chinooks ended their Pit Spitters win streak with an 11-4 victory.

The Rockford Rivets take the first game of the series against the Kalamazoo Growlers 9-8. The Rivets struck first, scoring four runs in the first inning. Giovany Lorenzo (University of Tampa), Tony Lindwedel (Notre Dame) and Justin Kerestes (Gannon University) all had back to back to back singles. Lorenzo and Lindwedel both led the team with two hits and a walk. Brandon Bannon (University of Illinois at Springfield) contributed to the offense with a double, three RBI and a walk. Ross Thompson (Heidelberg University) started the game on the mound throwing five innings with five strikeouts allowing one run to score.

The Battle Creek Battle Jacks started the series off with a victory against the Madison Mallards 5-2. Isaiah Gibbs (William Woods University) drove in the first run of the game with a single to center field in the second inning. Gibbs had two RBI on the night. Robbie Merced (Central Methodist University) had the only multi hit game for his team with two singles, a walk and two stolen bases. Jackson Braden (Middle Georgia State University) started the game throwing 7.1 innings with three strikeouts. Caleb Lanoux (Middle Georgia State University) closed the game throwing the last 1.2 innings with two strikeouts giving up one hit.

The Kenosha Kingfish defeated the Kokomo Jackrabbits 14-3 for their 10th win of the second half of the season. Taylor Darden (University of the Incarnate Word) and James Mccoy (University of Kentucky) both had four hits on the night with a home run, three RBI and two stolen bases each. Brady Counsell (University of Minnesota) contributed to the offense with three hits including a double, three RBI and a stolen base. Gage Williams (Wichita State University) reached base three times with a double driving in two runs and scored once. John Creviston (Benedictine University) earned the win on the mound throwing the first 5.1 innings with four strikeouts giving up one hit.

The Rochester Honkers take the first game of the series with a 4-0 victory against the Eau Claire Express 4-0. Sam Hanson (Saint John’s University) earned the win on the mound throwing a scoreless three innings with four strikeouts giving up no hits. Thaniel Trumper (Doane College) closed the game throwing the last inning with three strikeouts. Tyler White (California State University, Long Beach) led the offense going three for four with a double scoring once. Michael Brown (University of Washington) had the only home run in the sixth inning to score the third run of the game.

The Fond du Lac Dock Spiders generated 14 hits to take the win against the Wausau Woodchucks 11-3. The Spiders scored three runs in the bottom of the eighth inning with two back to back RBI doubles by Andrew Sojka (California State University, Northridge) and Nick Mitchell (Western Illinois University). Sojka had three hits with a double, triple, two RBI and a walk. Mitchell had two hits with three RBI and a stolen base. Daylen Reyes (University of California, Los Angeles) led the offense with four hits including a double and one RBI. Nate Leibold (University of California, Los Angeles) closed the game throwing the last three innings to earn the win on the mound.

The Wisconsin Rapids Rafters continue their success as they take down the Green Bay Rockers 3-1. The Rafters scored three runs in the bottom of the third inning with an RBI double by Jacob Igawa (University of Hawaii). Stone Miyao (University of Hawaii) reached base twice with two singles. Logan Schulfer (Ball State) earned the win on the mound throwing three innings with two strikeouts giving up no hits, The Rafters generated six hits with six walks to take the win.

The St.Cloud Rox took the first game of the series  against the La Crosse Loggers 15-10. The Rox rallied back scoring four runs in the third inning to take the lead. Will Worthington (University of San Diego) had an outstanding night at the plate going three for three with a double, two home runs and seven RBI. Garrett Pennington (Wichita State University) had three hits with a double and three RBI scoring twice as he reached base. Brice Matthews (University of Nebraska) reached base with two hits and two walks including a home run with two RBI. Brandon Jaenke (Viterbo University) started the game on the mound throwing 4.2 innings with eight strikeouts.

The Lakeshore Chinooks defeated the Traverse City Pit Spitters 11-4 to start off the series. The Chinooks scored four runs in the bottom of the seventh inning with a home run by Joey Spence (Notre Dame) and an RBI single by Aidan Longwell (Kent State University). Zach Storbakken (University of Hawaii) led the offense with three hits including a double, triple and three RBI. Michael Seegers (University of Iowa) and Ty Olejnik (University of Wisconsin-Milwaukee) both had a double to drive in two runs. Jackson Reid started the game throwing three innings with six strikeouts. Tommy Lamb (Creighton University) had the win on the mound throwing four scoreless innings with four strikeouts.

The Willmar Stingers stay hot taking down the Bismarck Larks 7-6. The Stingers rallied to walk off the game in the bottom of the 10th inning with a home run by Drey Dirksen (Augustana University). Dirksen reached base twice, scoring each time. Joey Walls (California State University, Long Beach) had two hits with a home run and two RBI. Brett Bateman (University of Minnesota) contributed to the offense with two hits including a double and two walks. Brian Baker (Northern State University) earned the win throwing the last three innings with three strikeouts giving up one hit.