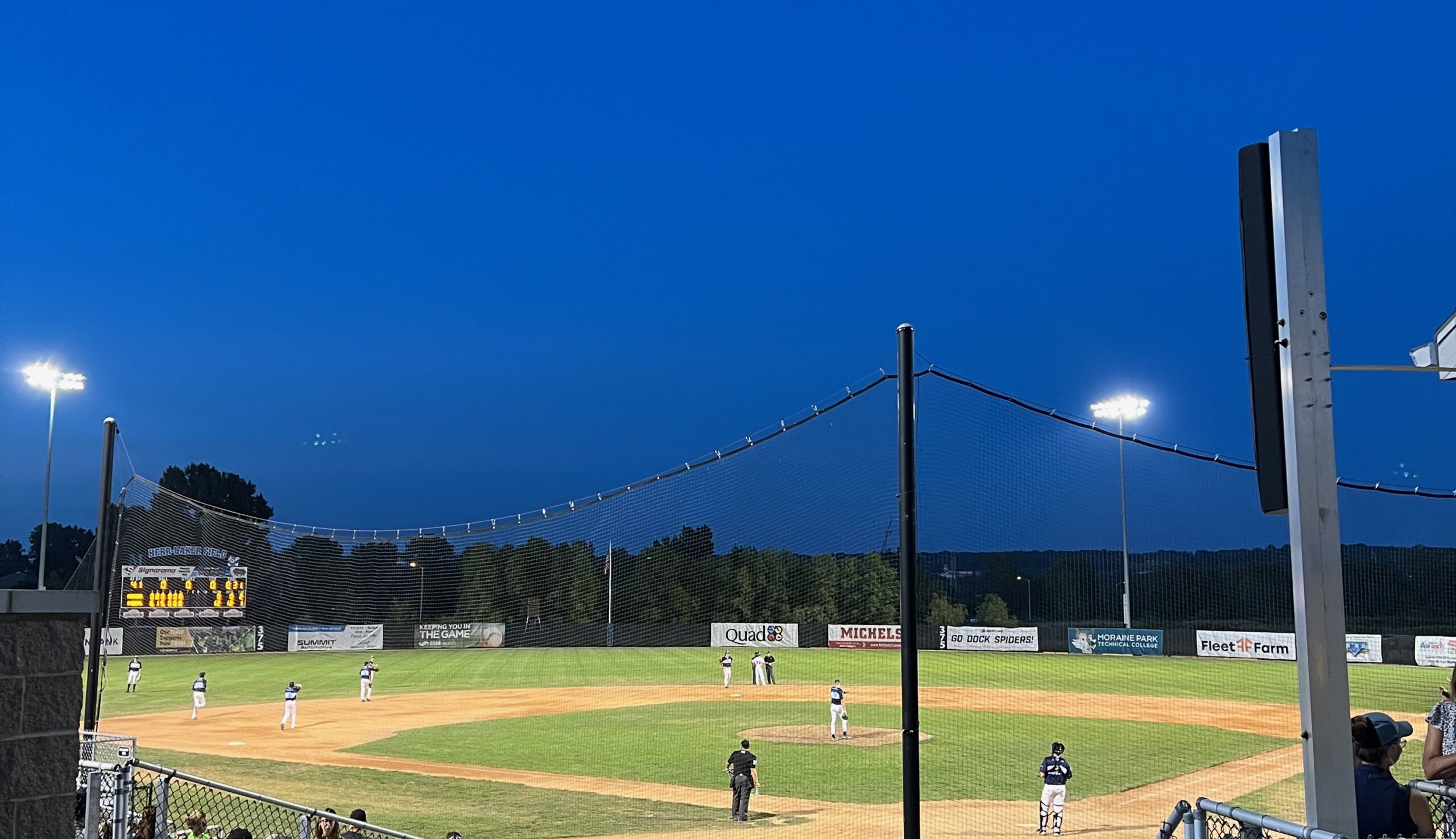 The Wisconsin Rapids Rafters swept their series as they won their 10th game in a row. The St.Cloud Rox started their series off with a win against the Minnesota Mud Puppies to earn their 18th win on the season. The Rox have won seven of their past ten games and are only four wins away from taking the lead in the Great Plains West. The game against the Wausau Woodchucks and the Lakeshore Chinooks is postponed to August 8th due to weather.

The Battle Creek Battle Jacks defeated the Kokomo Jackrabbits 13-4 to sweep the series. Raymond Hilbrich (Purdue Northwest) led the offense with four hits including a double scoring twice as he reached base. James Canar (McPherson College) contributed to the offense  going three for four with two doubles scoring twice. Billy Hancock (Mount Marty College) had the only triple for his team driving in three runs with a walk. Riley Mertl (IUPUC) was the starting pitcher, throwing six innings with four strikeouts giving up three hits to earn the win. The Battle Jacks had 15 hits to take their second game of the series.

The Rockford Rivets rallied back to split the series against the Traverse City Pit Spitters 5-4. The Rivets scored their first three runs in the sixth inning with a triple by Will Prater (Western Carolina University). Bryson Parks (Western Carolina University) drove in the final two runs in the top of the ninth with a RBI single. Parks had two RBI and a stolen base on the night. Nick Demarco (Notre Dame) reached base twice with a double and hit by pitch, scoring once with a stolen base. Frank Plesac (Bethel College) earned the win on the mound throwing two innings with three strikeouts.

The Kenosha Kingfish bounced back to take down the Kalamazoo Growlers 5-3. The Kingfish struck first with a home run by Brady Counsell (University of Minnesota). Counsell had two hits with two RBI scoring each time he reached base. The Kingfish scored two runs in the sixth inning to take the lead with an RBI double by Parker Stinson (Indiana State University). Stinson had one hit with two RBI. Brayden Gorecki (University of Illinois at Springfield) had the second double of the night going two for three at the plate. Nick Ferazzi (Rhodes College) started the game throwing the five innings with seven strikeouts allowing two runs to score. Sam Bass (Jefferson) earned the win on the mound throwing three innings with three strikeouts.

The St.Cloud Rox took the first game of the series against the Minnesota Mud Puppies 8-3. The Rox struck first with a grand slam by Luca Trigiani (Saint Joseph’s University) in the bottom of the first inning. Charlie Condon (University of Georgia) scored the fifth run of the game with an RBI single in the fifth inning. Condon had two hits on the night. The Rox scored their final three runs in the bottom of the seventh with a home run by John Nett (St. Cloud State University). Net had two walks with two stolen bases. Trevor Austin (Mercer University) and Jack Steel (North Dakota State University) contributed to the offense with two hits each. Aiden Adams (Tarleton State University) earned the win on the mound throwing six innings with ten strikeouts.

The Fond du Lac Dock Spiders took game two to split the series against the Green Bay Rockers 19-4. The Spiders struck first, scoring six runs in the bottom of the first inning with a home run by Tyeler Hawkins (University of Louisville) and two RBI singles by Sawyer Smith (St. Cloud State University) and Kemp Alderman (University of Mississippi). Hawkins had three hits with three RBI. Alderman also had three hits with a home run and five RBI. Nolan Tichy (University of Massachusetts) earned Northwoods League Player of the Night with two hits including a grand slam and five RBI. Joshua Culliver (University of Minnesota) started the game throwing four innings with five strikeouts giving up no hits.

The Duluth Huskies split the series against the Rochester Honkers 5-1. Drew Brockwell (Western Kentucky) earned the win on the mound throwing two innings with two strikeouts giving up no hits. Eddie Satisky (University Nebraska Omaha) reached base twice with two singles and an RBI scoring each time he reached base. JD Rogers (Vanderbilt University) reached base three times with two hits and a walk. Cam Frederick (University Nebraska Omaha) had two hits with an RBI scoring once. The Huskies generated eight hits with zero errors on the field to take the win.

The Waterloo Bucks defeated the La Crosse Loggers 6-5 to split the series. Tai Walton (University of Hawaii) drove in the first three runs with a home run over the left field fence. Walton had two hits with three RBI and a stolen base scoring each time he reached base. Brodie Kresser (Des Moines Area Community College) drove in the final run of the game with a single to third base. Kresser had three hits with one RBI. Cael Boehmer (Wartburg College) started the game throwing three innings with four strikeouts. Tyler Vancise (Crown College) closed the game to earn the win throwing 1.2 innings with one strikeout.

The Wisconsin Rapids Rafters won their 10th game in a row as they defeated the Madison Mallards 16-6. The Rafters rallied to score seven runs in the bottom of the third inning to take the lead. Colin Tuft (University of Virginia) reached base four times with two hits, two walks and two RBI. Cael Chatham (High Point University) had two hits with three RBI. Garrett Broussard (Utah Valley University) scored the final run of the game in the bottom of the eighth with a walk. Broussard had one hit with two walks and three RBI. Josh Howitt (California State University, Fullerton) earned the win on the mound throwing five innings with four strikeouts allowing one run to score.

The Bismarck Larks bounced back to split the series against the Eau Claire Express 3-2. Jake Hjelle (University of Minnesota-Crookston) led the team with a home run and two RBI. Luke Glascoe (University of California, San Diego) reached base twice with a hit and a walk. Carter Rost (Wichita State University) earned Northwoods League Pitcher of the Night, throwing the first six innings with two strikeouts giving up only three hits. Justin Goldstein (Middle Tennessee State University) closed the game throwing the last inning with two strikeouts allowing zero runs to score. The Larks had six hits to take the second game of the series.