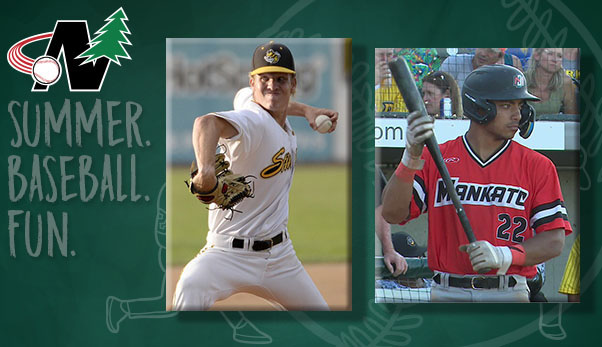 Ross was a 2022 mid-season All-Star and also played in the 2022 Major League Dreams Showcase. For the season he hit .376 with eight home runs, 14 doubles, three triples and 51 runs scored. He drove in 53 and stole 21 bases. Ross is a native of San Diego, California.

Jack Habeck, a left-handed pitcher from the Willmar Stingers, was named the Northwoods League Pitcher of the Year. Habeck has appeared in 11 games and is 8-0 with a 2.77 ERA in 68.1 innings. He was also a mid-season All-Star.

Wisconsin Rapids first baseman Brendan Bobo was also selected for the Postseason All-Star Team and is currently leading the league in home runs with 17.

Ross, Habeck and Bobo are among the 32 players selected to the NWL’s Postseason All-Star team.

The St. Cloud Rox and Willmar Stingers led all teams with five selections each while the Fond du Lac Dock Spiders and the Wisconsin Rapids Rafters each had three players selected.

In his second season in Wisconsin Rapids as Field Manager, Kirk Shrider of the Rafters is the 2022 Manager of the Year. The Rafters currently have the best overall record in the league at 56-14 and are the First and Second Half Champions in the Great Lakes West Division.

Former MLB pitcher John Halama earned the award for 2022 Coach of the Year in the Northwoods League. Halama is in his third season with the Rafters, and this is the second time he has been named Coach of the Year.