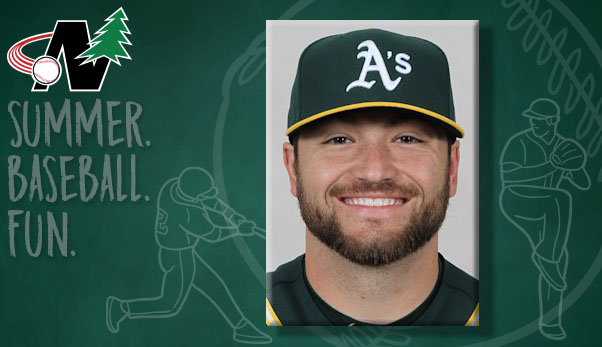 Mondou, who played collegiately at Wake Forest University, played for the Woodchucks in 2014. He was drafted in the 13th round of the 2016 MLB draft.

Mondou began his professional career in 2016 with the Athletics Rookie level team in the Arizona League. After one game he moved up to the Vermont Lake Monsters of the Short-Season A New York-Penn League. For the season he played in 61 games and hit .297 with 11 doubles, two triples and 27 runs scored. He stole six bases and drove in 24.

Mondou moved up for the 2017 season to the Beloit Snappers of the Lo-A Midwest League. He played in 66 games in Beloit before a promotion to the Stockton Ports of the Hi-A California League. In 125 games between the two clubs, he hit .287 with two home runs, seven triples and 24 doubles. He drove in 59 and stole 16 bases.

In 2018 he started the season with Stockton and then was promoted, after 88 games, to the Midland RockHounds, of the AA Texas League. Over 136 games he had 27 doubles, five triples and eight home runs. He drove in 75, stole 10 bases and scored 79 times.

In 2021 Mondou was promoted and spent the entire season with the Las Vegas Aviators of the AAA West League. He played in 87 games and hit .283 with eight home runs, 20 doubles and 53 runs scored.

Prior to his call-up to the Athletics, Mondou had played in 108 games with Las Vegas and was hitting .283 with seven home runs and 64 RBI. In his Major League debut against the Los Angeles Angels, he started the game at second base and went 0 for 2 at the plate with a walk.